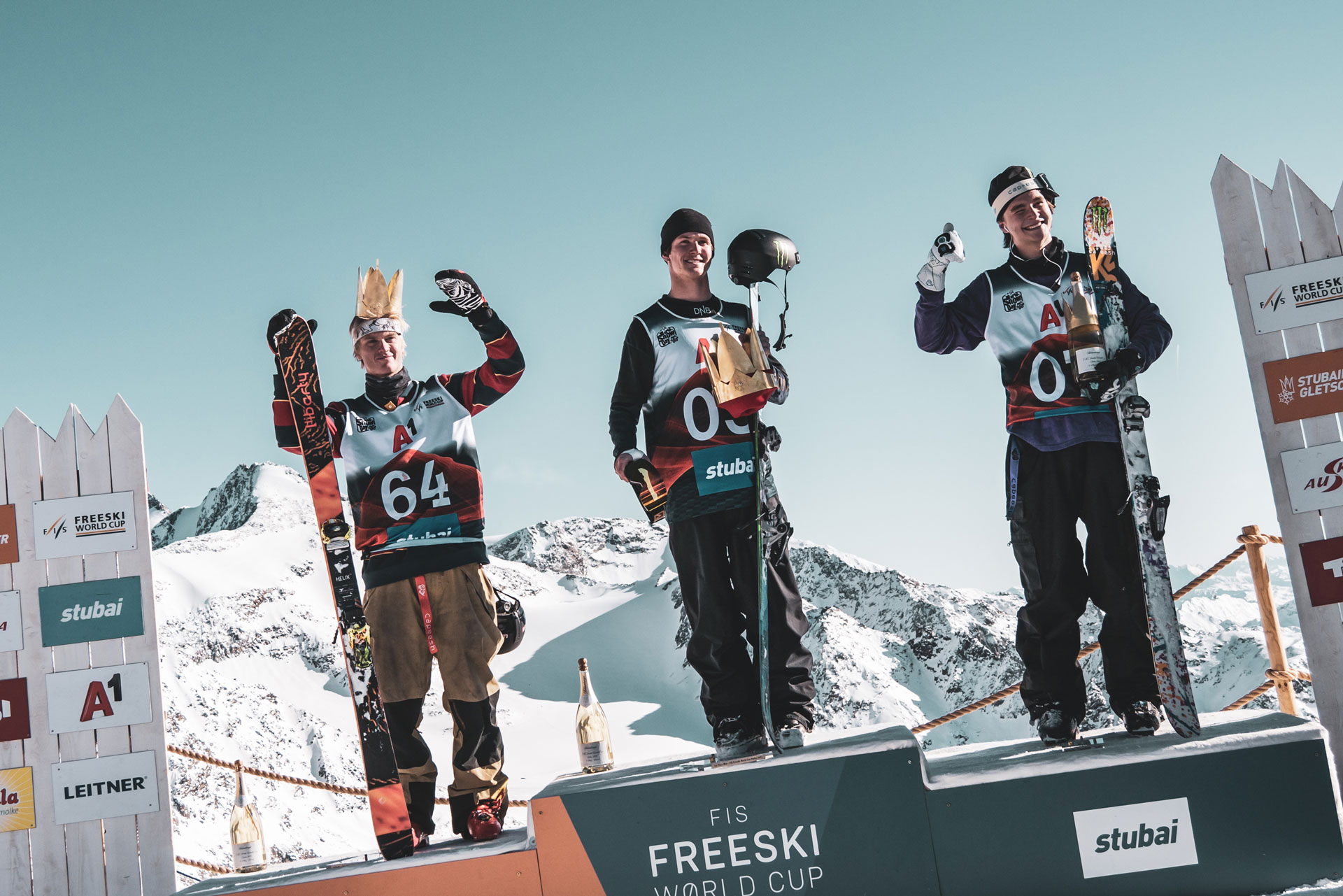 Max Moffatt delivered a career-best performance in the slopestyle World Cup event that took place in Stubai, Austria this Saturday. True to his unique and exciting style, the Caledon (ON) skier completed a thrilling second run that earned him second place in a final that took place under a bright nearly-winter sun.

“There’s not a lot of words to describe how I’m feeling right now! It’s really been a dream day that I’ll never forget,” he said, mere minutes after earning his podium.

Sitting in sixth place after his first finals run, Moffatt put everything together for his second descent down the mountain, wowing fans and judges alike. The 23-year-old Canadian owned the descent with a right double bio 1440 followed by a left double cork 1440 – all while flawlessly executing the rail section.

The skillful and exciting performance earned him a score of 86.26 points from the judges, and enabled the Canadian to step up to the second provisional rank. Well aware that he had just raised the bar for any opponents following him, at the bottom of the run Moffatt had to wait minutes that surely felt like an eternity, before he could celebrate the second World Cup medal of his career.

“I felt really good today (Saturday) – no pressure, and my goal was to have fun, as always,” he commented. “In the end, honestly, everything went my way. I was able to execute all the maneuvers I wanted to, and had my best run of the week. I’m really happy – this bodes well for the rest of the season!”

Norway hung on the remaining men’s podium spots, with Birk Ruud earning the top score of the day with 87.60 points, good for gold, while Ferdinand Dahl (86.06 points) took home the bronze medal.

Teal Harle (Campbell River, BC) was also present in the finals, but was sadly unable to deliver a repeat performance of qualifying round exploits, where Friday, he tied for first place. Harle, the silver medalist at October’s Big Air Chur, struggled in the third section of the run during his practice round, and finished 15th with 36.18 points.

Also competing in Austria were: Étienne Geoffroy-Gagnon (Whitehorse, YT), Mark Hendrickson (Calgary, AB), Édouard Therriault (Lorraine, QC) and Evan McEachran(Oakville, ON), all of whom were unable to make it past qualifying rounds. These athletes finished 24th, 27th, 50th and 52nd, respectively.

In women’s freestyle action, Megan Oldham represented Canada in the women’s final, which was also held on Saturday. The Perry Sound (ON) skier finished the event in seventh place with 36.97 points.

Also sporting the maple leaf down the hill for the women was Olivia Asselin (Lévis, Qc), who placed ninth in qualifying – a heartbreaking mere 0.35 points from a place in the finals. Estonian Kelly Sildaru (88.68 points) stepped onto the top spot of the women’s podium at the end of the event.

Canadian skiers will pack up their gear and luggage and head back across the ocean to Steamboat Springs, Colorado, U.S.A., – the host the next World Cup scheduled for December 3, 2021.