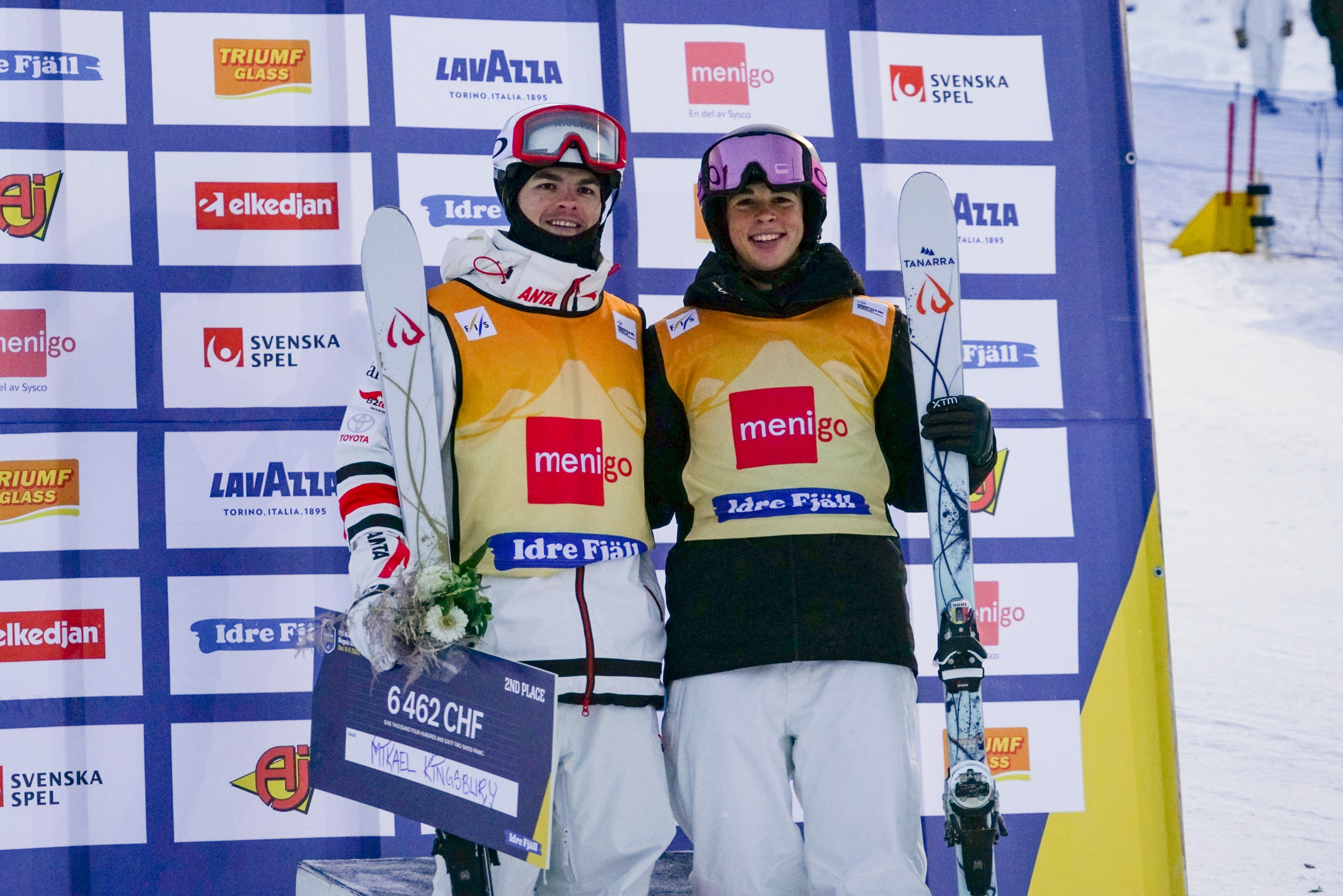 On Saturday, Mikaël Kingsbury secured his second podium finish in as many competitions this season, winning the silver medal in the moguls event at the Idre Fjäll World Cup in Sweden.

Having come out of the first final in fourth place, the skier from Deux-Montagnes upped the pressure on his opponents by earning 79.86 points and claiming the first-place spot in the provisional rankings in the big final.

He then watched the final three skiers make their descents. The only one to earn a higher score was Nick Page of the USA. His final score of 81.02 earned him the first World Cup of his career, which Kingsbury was quick to point out after the event.

“I’d like to congratulate Nick for his win! I’ve known him for a long time. He’s an excellent skier and an incredible human being. When he was younger, he would ask for autographs at Deer Valley, and now, here we are on the podium together. I’m happy to be able to share this moment with him,” said the Canadian.

Kingsbury and Page were joined on the podium by reigning Olympic champion Walter Wallberg of Sweden, who finished third with a score of 78.98.

On a personal level, the “King of Moguls” expressed satisfaction with his performance, although he believed he would earn a higher score on his final run. However, for Kingsbury, who secured the 106th medal of his circuit career on Saturday, it’s only a temporary setback.

“I had a good run. I was fast, and my middle section was clean. Both my jumps were good. I’m happy overall, but the judges were hard to read today. I’ll just keep focusing on myself and I’ll get back on track quickly,” he concluded.

Their female compatriots Laurianne Desmarais-Gilbert (Sainte-Adèle, QC, 18th) and Maïa Schwinghammer (Saskatoon, SK, 20th) met the same fate in the women’s event, as they were not among the top 16 who advanced to the next round.

All the competitors will be back on the slopes on Sunday for the dual moguls event, which will conclude the Idre Fjäll World Cup.