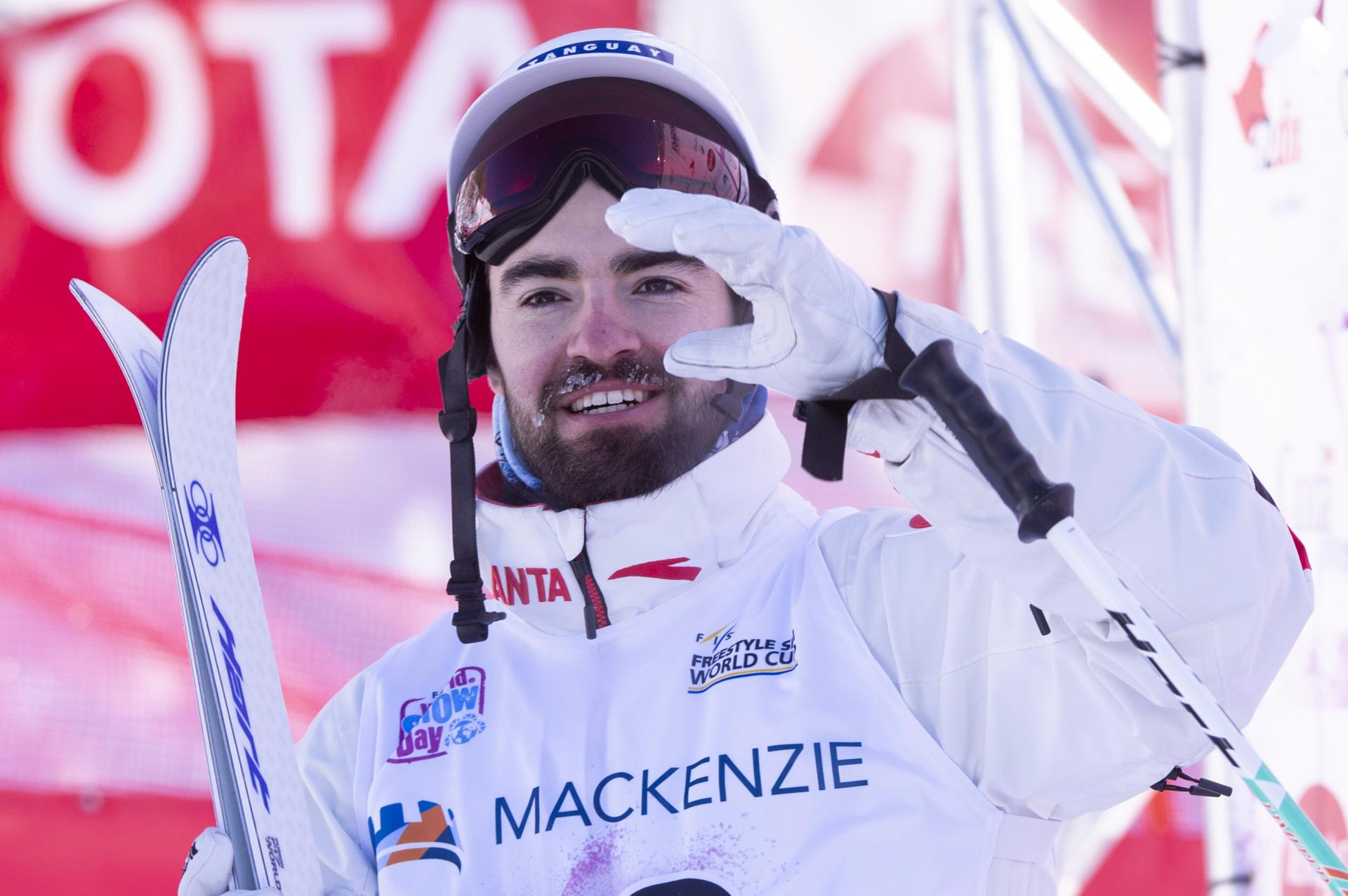 Quebec City, March 11, 2019– It was already a widely known secret. After more than a decade on the national mogul team, Quebec City native Philippe Marquis has officially announced his retirement at the end of the 2018-2019 season. The mogul athlete, who turns 30 on May 9, can take pride in many accomplishments in the course of a prolific career, along with a strong showing in the past two months after returning to the slopes.

“At 29, right now I’m the oldest athlete on the World Cup circuit,” said Marquis. “I’ve been on the Canadian team for 12 years, seen three generations of skiers come and go, and was able to experience, and aspire to experience, the greatest events and highest honours of my sport. The past year has been a challenging one and I’m starting to run out of steam.”

“I’m not willing to take the risks I used to, and although I still have a lot of fun being with this great freestyle family all over the world, I’ve quenched my thirst for competition. Getting back to the slopes last winter gave me the peace of mind I needed, and now the time has come to step away.”

Marquis goes into retirement after a final, successful lap that he was able to experience by virtue of remarkable determination.

After suffering a serious right-knee injury while training for the World Cup in Deer Valley, just one month shy of the 2018 Olympics, Marquis decided to delay surgery – which would have entailed months of rehabilitation – in order to get to South Korea and compete in his second career Games. He went under the knife to repair the ACL tear on February 28, 2018.

By the time of his return to the World Cup circuit this past January 12 in Calgary, Marquis had spent 10 months on the sidelines; still, he only just missed qualifying for the final rounds, finishing in 18thplace. He then went on to finish in the top 10 at each of the subsequent races, a string of showings punctuated by a silver medal in Tazawako, Japan, on February 23.

The Quebec City native also pulled off a sixth-place showing at the 2019 FIS freestyle moguls World Championships on February 8 in Deer Valley, the very site of his ACL injury. That sixth-place finish matched his all-time best ranking in the Worlds’ single moguls, and was the same spot he’d occupied in 2015.

“That sixth place felt like victory,” mused Marquis, who has competed in five World Championships during his career. “I felt like I had gotten my revenge on the place where I’d been injured previously. It was an incredible feeling of accomplishment.”

The last two months have capped a career that was, overall, marked by many highlights for this skier.

He was also party to a rare occurrence in Canadian freestyle skiing history when he was part of a Canadian podium sweep at the dual moguls World Championships in Kreischberg, Austria on January 19, 2015. Marquis took the silver, standing on the podium with teammate and buddy Mikaël Kingsbury (gold) and Marc-Antoine Gagnon (bronze).

Marquis was also hugely proud of finishing ninth at the 2014 Sochi Games, four years after watching his older brother Vincent finish fourth at the 2010 Olympics in Vancouver.

“After seeing Vincent, my brother and mentor, at the Vancouver Games, I wanted to continue the family tradition at the highest level,” recalls Marquis. “Being at the Sochi Games was an unforgettable time for that reason, but also because at first I thought I wasn’t even going. I had finished eighth in Olympic qualifications, but needed to have been in the top seven; it was after another qualified athlete got injured that I moved up a spot. Finding myself in Russia along with Mikaël Kingsbury, Marc-Antoine Gagnon and Alex Bilodeau was just the most incredible feeling.”

Vincent Marquis, bronze medallist at the 2009 World Championships and fourth in the Vancouver Games, said of his brother, “I think Philippe’s career goes well beyond his achievements in sports. He is a model of resilience and courage. He has always taken the time to be involved in the community and in causes that are important to him. He leaves a rich legacy that will inspire future generations of athletes in our sport. I am proud of him, our family is proud of him, and so is the sports community in Quebec.”

For long-time teammate and friend Mikaël Kingsbury, Philippe Marquis is a perfect example of determination and perseverance. “I watched Philippe skiing for the first time when I was 8 years old and remember thinking that he was the one who was going the highest,” recalled Kingsbury. “It was an honour to have him as a teammate when I first joined the Canadian team. In 10 years together with the team, we had lots of good times… a double podium and even a triple, with Marc-Antoine. I also saw Phil when he was going through some rough patches – when he came back from the injuries to his shoulder, then to his knee last year – and he showed the same strength, if not more. To me, Phil is a model of perseverance. He is also a model teammate because he was always a good influence on the team, even when things were not going so well for him, like at the 2018 Games. And he’s also the only person who can bring me back into line when I need it!

“In Philippe, I have a friend for life. All those times spent together on the slopes, all those stories we’ll be able to share. Philippe is also a role model for me because of his way with people in general.”

Rob Kober was Philippe Marquis’s coach when the skier first joined the national team: “Phil joined the Canadian Team as a rookie at the beginning of an era of Canadian domination of men’s mogul skiing. From 2007 to 2010, Phil had the very special opportunity to be on the team with his older brother Vincent who, along with PA Rousseau, Alex Bilodeau, Maxime Gingras and numerous other successful veterans, formed one of the all-time great teams in our sport in the years leading into the Vancouver Games,” said Kober. “When the veterans retired, Phil stepped up and filled the role of unofficial team captain better than anyone had before or will likely do again. Over his career, he persisted and came back from multiple shoulder dislocations, two shoulder surgeries and a devastating ACL tear a month before the 2018 Olympic Games. He taught us all a lesson in perseverance and positive attitude.

“Phil set the standard for consistency of training, effort and focus every day, year-round,” Kober continued. “He exemplified perseverance, physical and mental toughness in combination with the highest level of technique and not only delivered with his own results but lifted the performance of every teammate he ever had. He will be missed.”

Philippe Marquis might be hanging up his skis, but he will continue to be involved in Canadian sports, particularly in his role on the COC Athletes’ Commission and as a coach. He will also pursue his involvement with movements that advocate for sport and active lifestyles for youth: Motivaction Jeunesse, Actif pour la vie and Right to Play Canada.

He also plans to get his Bachelor’s degree in business administration at TELUQ and has his sights set on a career in media.

“I want to thank the Freestyle Canada family for its unconditional support,” said Marquis. “I thank my parents, family and friends for always being there, in good times and bad. I thank my teammates, for whom I have a great deal of respect. They are extraordinary athletes who pushed me every day to do my best. And my thanks to the media, who conveyed the things I experienced and whose presence has been a springboard for many projects.”