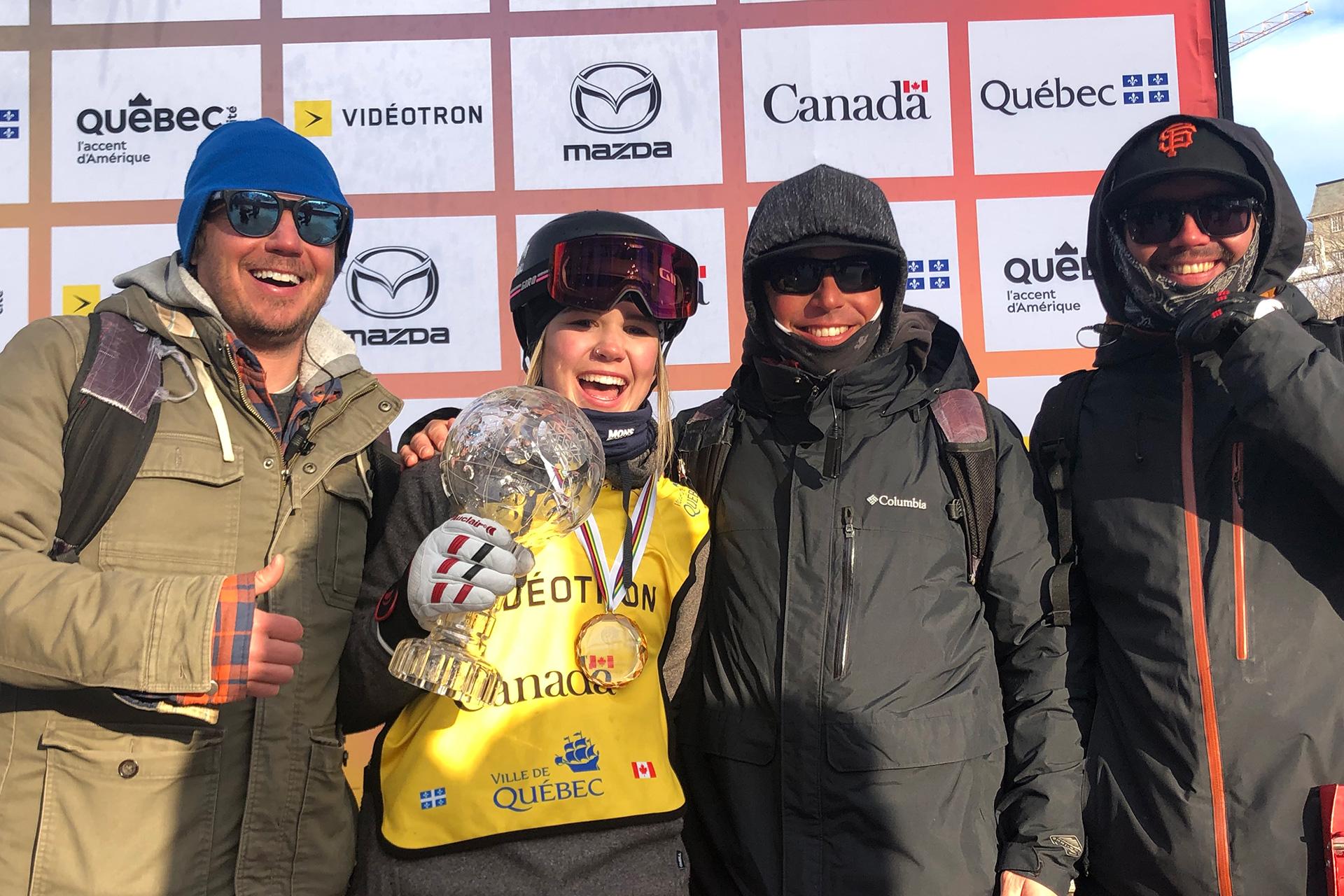 Quebec City, QC, March 16, 2019 – Downtown Quebec City was the scene of the last Big Air event of the 2018-19 season. Canadian skier Elena Gaskell earned the bronze medal in the women’s FIS Freeski World Cup competition and, in the process, gets to take home the Big Air Crystal Globe.

The Vernon, B.C. native did a left double cork 1260 tail grab in her third jump, which propelled her to third place with total points of 158.00, just ahead of her compatriot Yuki Tsubota (156.00). The young Megan Oldham came in fifth with a score of 152.75.

“I’m speechless! I’m so happy,” said Gaskell about receiving her first career Crystal Globe. “I had a good season, even if there were little injuries along the way that meant I couldn’t train as hard as I would have wanted, but in the end I was able to ski well at the right time.”

Of today’s competition, Gaskell explained, “I didn’t get my grabs in the first two runs, so I felt some pressure at the starting gate right before my last run. Luckily, I got it on the third try, and that’s what got me my best score of the day.”

After the unexpected elimination of local star Alex Beaulieu-Marchand, all eyes were on two other Canadian skiers, Max Moffat and Phil Langevin. Moffat started out strongly with a switch right double 1440 nose grab, which the judges rewarded with a score of 92.50. Unfortunately for Moffat, his two other jumps weren’t enough to get him to the podium. He finished the event in sixth place.

Philippe Langevin of Mont-Tremblant, who is working to imprint his brand among the best in the world, finished fifth in the final standings with 154.50 points. Langevin kept his cool after falling in his first jump, recovering in his second and third runs.

“I wanted to start off with a triple, but I made a little mistake before my jump. The second run was good, and in my last one I tried the triple again but couldn’t nail it,” said Langevin, who came close to not competing at all because he was sick. “I’m still very happy with my day. My whole family was here and the atmosphere was really great.”