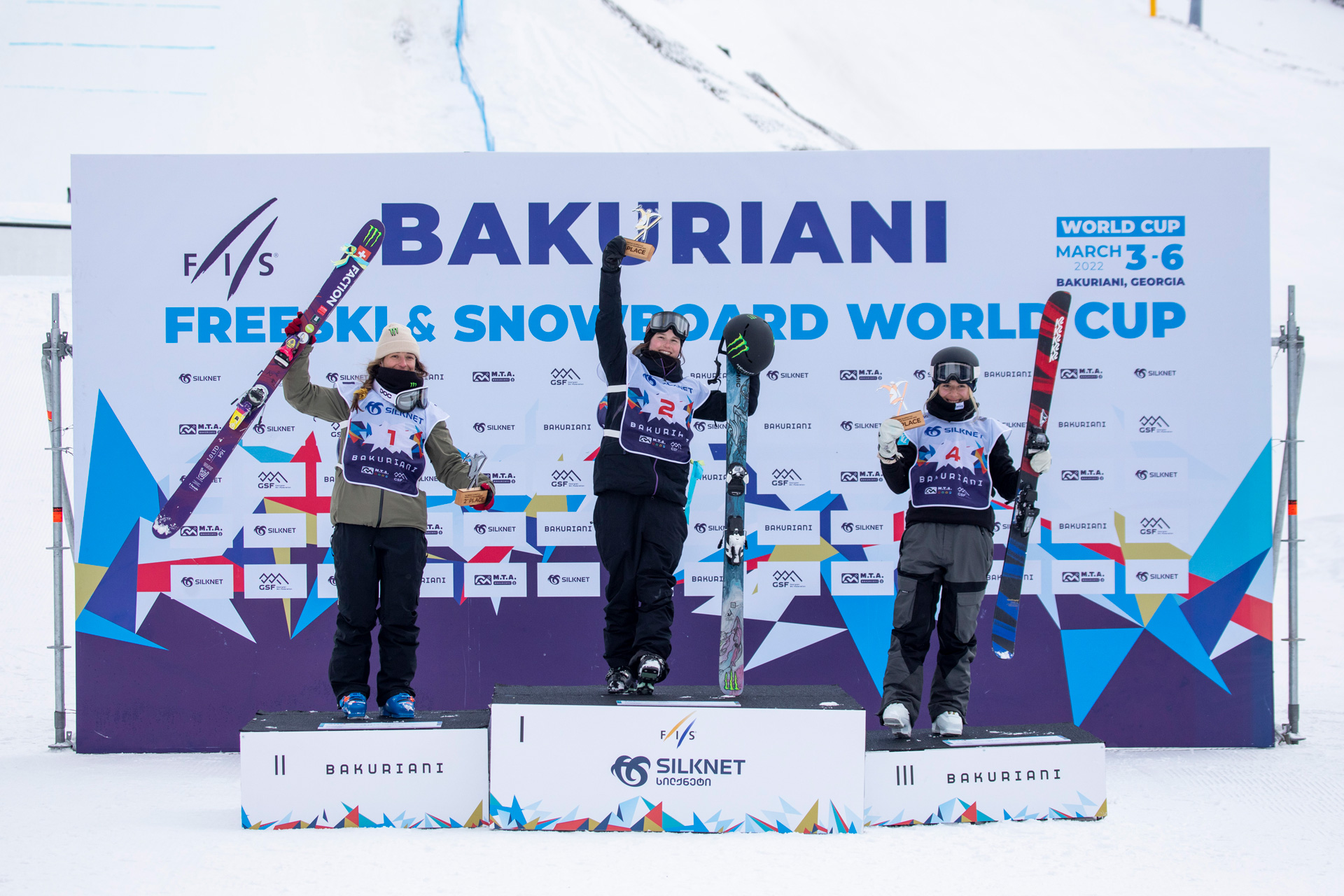 Canada’s Megan Oldham won the second gold medal of her World Cup career on Saturday in the women’s slopestyle event in Bakuriani, Georgia.

After competition organizers were forced to cancel the first two days of competition due to weather issues, the Parry Sound, Ontario skier was finally able to hit the same course that will host the 2023 Freestyle World Championships. And it was worth the wait.

The Canadian was unfazed by the difficult weather conditions and took the lead on her first run, scoring 75.41 points, her highest of the day. Subsequently, none of her opponents were able to catch up and Oldham was crowned champion.

The only competitor for Canada on the men’s side was Bruce Oldham, Megan’s older brother. The 23-year-old skier finished the competition at the foot of the podium, with 63.50 points. Switzerland’s Andri Ragettli (73.75 points) took the gold medal, ahead of his countrymates Colin Wili (64.11 points) and Thierry Wili (64.06 points), who finished second and third, respectively.

Megan Oldham will therefore leave Bakuriani with her second career gold medal, after winning one almost three years ago in Silvaplana, Switzerland, also in slopestyle. In addition, the 20-year-old will know what to expect when she competes in the Freestyle Skiing World Championships on the same course in less than a year.

The Bakuriani site was unanimously selected to hold the 2023 event in back in 2018. Since then, the hosts have done an exceptional job of organizing two World Cups, including this weekend’s event, which served as a test run for the upcoming World Championships.

The World Cup circuit will now move on to Tignes, France, where a slopestyle event is scheduled for next weekend. The season will conclude two weeks later in Silvaplana.