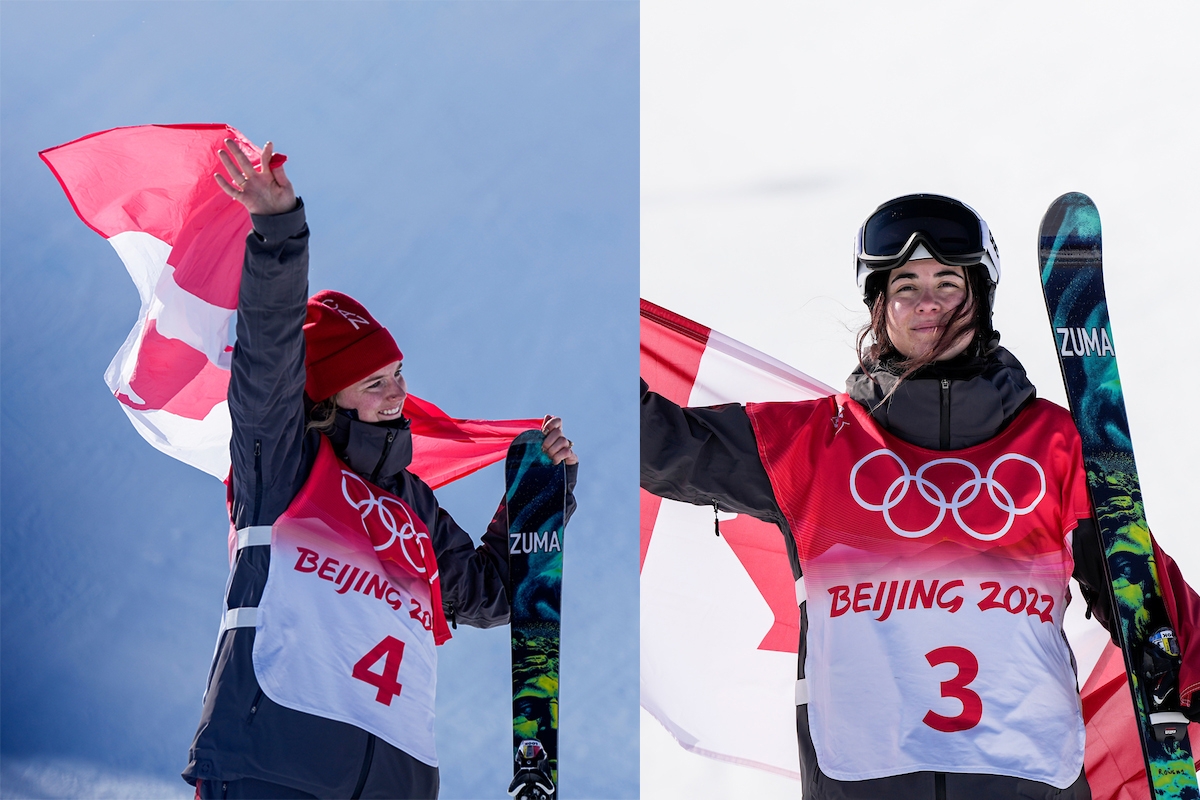 Cassie Sharpe and Rachael Karker will be sharing the podium at Beijing 2022 after winning silver and bronze, respectively in women’s ski halfpipe.

Just a year after undergoing major knee surgery for a torn ACL, Sharpe got a good score on the books early in the best-of-three-runs final. She earned 89.00 for her first run, which put her in second place after everyone had gone down the pipe once.

Sharpe went for even more difficulty on her second run, highlighted by 1080s on the right and left sides of the pipe. That gave her a new high score of 90.00, but she was still sitting in second behind China’s Eileen Gu, who earned 95.25 for her second run. Sharpe bumped up her best score to 90.75 points in her third run, an impressive effort considering she only returned to competition in mid-December.

Karker, who has risen to be amongst the world’s best in the last couple of years, was just behind Sharpe in third place after her opening run scored 87.75 points. She was unable to improve on that with her second run, but maintained her hold on the bronze medal position. As she went for her third run, Karker knew she had a podium spot secured thanks to her strong opening score and only Gu left to go after her. She celebrated with Sharpe after getting to the bottom.

Sharpe is on the podium for the second straight Games, adding to the gold medal she won at PyeongChang 2018. Karker earns her first Olympic medal in her debut at the Games. This is not the first time the Canadians have shared the podium at a major competition. Sharpe and Karker won silver and bronze behind Gu at the 2021 X Games. That was the competition at which Sharpe tore her ACL.

This is Canada’s second double podium of Beijing 2022, following the gold and bronze won by Max Parrot and Mark McMorris in the men’s snowboard slopestyle.