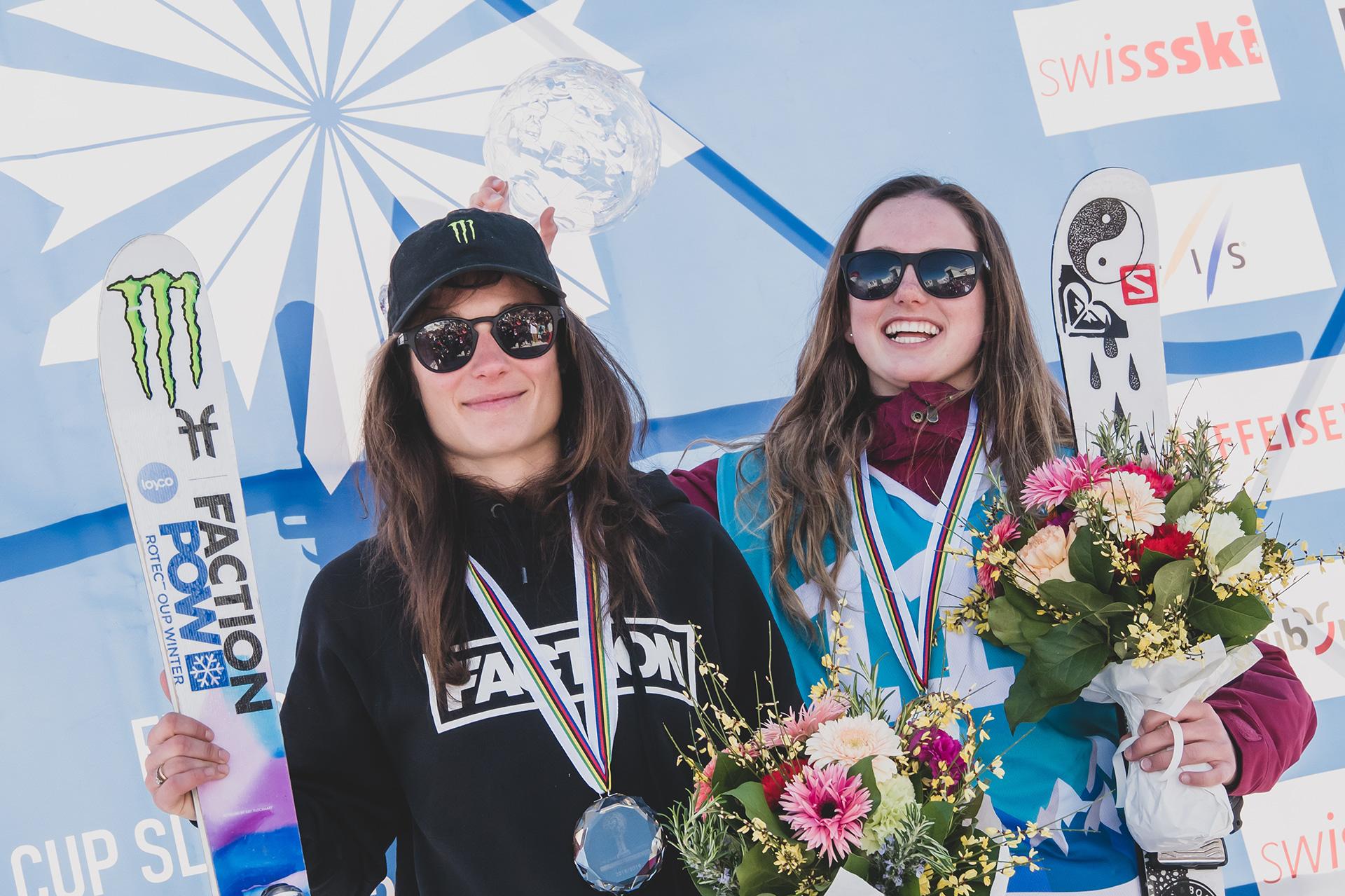 Silvaplana (Switzerland), March 30, 2019 – Megan Oldham continued her excellent first season on the FIS Freestyle Ski World Cup circuit on Saturday by winning the slopestyle event in Silvaplana, which allowed her to capture the Crystal Globe. Oldham, who was only in her fifth outing on the circuit, today achieved a third consecutive podium finish, this time winning the gold medal.

The 17-year-old from Parry Sound, Ontario, won bronze at Mammoth Mountain in March and silver at Seiser Alm, Italy in January. She today relied on a score of 84.51 in her first run to maintain her place on the podium.

« I feel incredible! I am so proud on how my riding was today and I am really happy to have won the event and to be taking home the Globe”, said Oldham who won the globe by the slightest margin of one point.  “This World Cup was the best weather so far, the best riding from everybody, best course, all around the best event for sure and for that I am really thankful.”

Oldham will be going to the FIS Junior World Championships in Sweden next week and will then be back home to do some spring training.

The only Canadian woman competing at this last World Cup of the season, Oldham finished the event ahead of France’s Tess Ledeux (77.98) and Italy’s Silvia Bertagna (76.11).

Canada has captured the Nations Cup in slopestyle. This is the third Nations Cup for Freestyle Canada this season with those won in moguls and halfpipe.