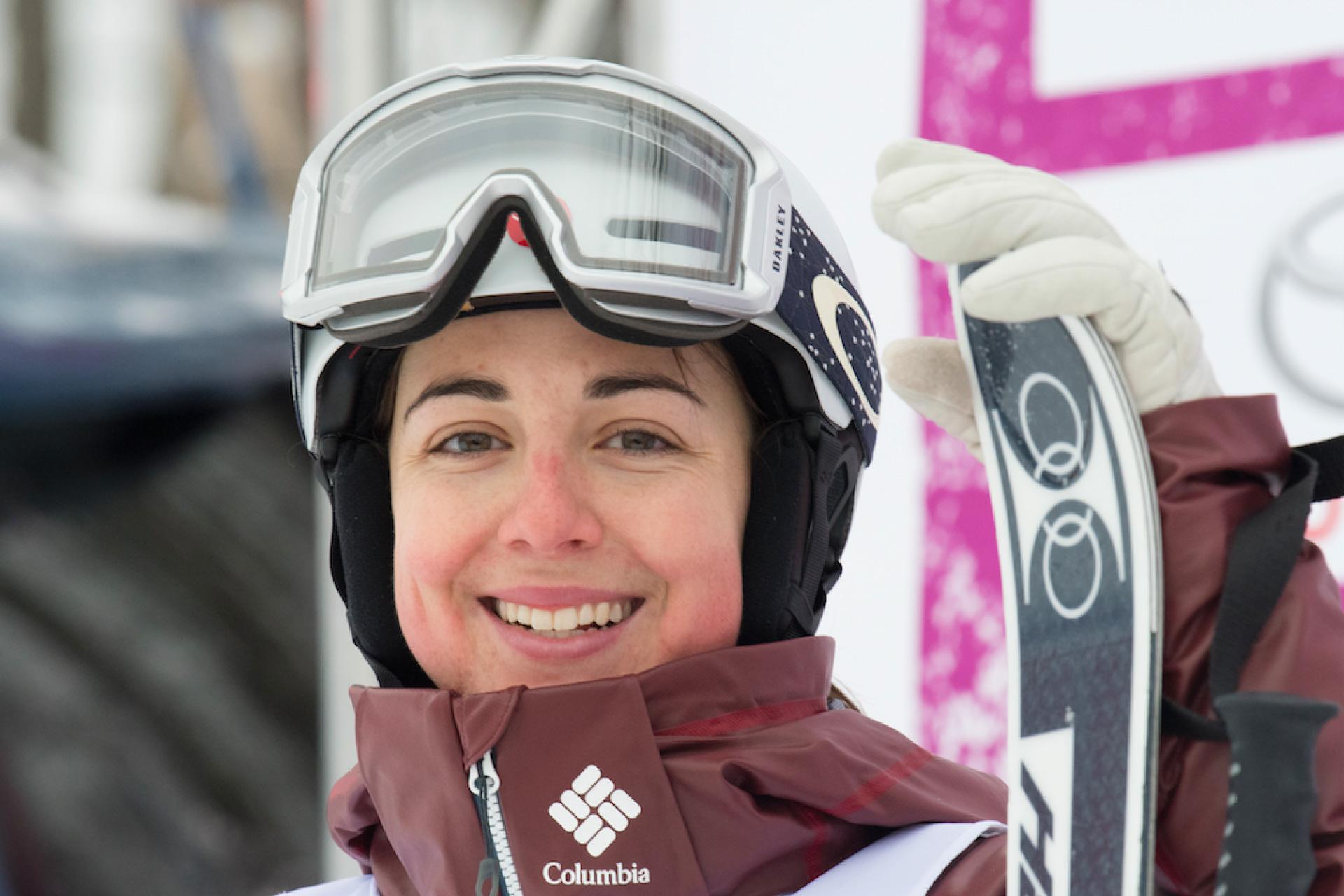 Vancouver, April 24, 2019– After giving herself a year-long break from freestyle skiing, moguls expert Andi Naude has announced her retirement from competition.

The Penticton, B.C. native is leaving the sport at the age of 23. After using her time away from competition in the FIS World Cup 2018-19 season to study veterinary medicine, Naude has decided to hang up her skis and continue working toward becoming a vet.

“I knew coming out of the Games last year that I was going to take a year off no matter what, so I decided to apply to a bunch of different vet medicine schools in the UK just to see what my chances of getting in were, and luckily managed to get a spot at my dream school, the Royal Veterinary College in England, and everything sort of just fell into place after that.”

“Been (in England) now for almost a full year, and I’m loving every single day so much. I’m just thrilled to be part of something else I can really work hard towards, especially I dreamed of going into vet med, so to be here is a dream come true,” Naude added. “It made my decision to retire a whole lot easier, because I am focusing on something I love just as much as moguls skiing. I feel fortunate to be in this position.”

Andi was on the national moguls team for seven years, starting in 2012 at the age of 16 and skied in 62 World Cup single and dual moguls events over the course of her career. Her last start was on March 18, 2018 in Megève, France, where she finished the dual moguls event in fifth place.

Naude has won 10 World Cup medals, eight of those in single and two in dual moguls events. She made the podium three times on Canadian soil, notably with her third-place finish in Calgary on January 30, 2016 when she stood with gold and silver medallists Chloé and Justine Dufour-Lapointe. Named World Cup rookie of the year in 2013, Naude finished in the top five in the overall rankings in each of her last four seasons on the World Cup circuit, from 2015 to 2018.

Sixth in women’s’ moguls at the 2018 Olympics, Naude also competed in three World Championships, getting her best result in Norway in 2013 with a seventh-place finish in dual moguls.

“Representing Canada at the Games alongside my best friends was a dream come true,” said Naude. “Sweeping the podium a couple of times with Canadian teammates was a highlight. Actually, I really enjoyed the whole thing.”

“What I will miss the most is my teammates, the travel, the daily routine of really pushing yourself 110 percent every day in training, those long days on the hill pushing myself and working hard.”

This winter will see Naude hitting the books for her veterinarian’s course.

“I’m here in vet school for the next 4-5 years at least, studying and learning lots, playing with cute animals and spending time on farms. Really excited about this whole new chapter in my life.”

“I want to thank my teammates, my coaches Michel, Vincent, Steve and Sean, everyone involved in my career. My mom, dad and brother. I could not have asked for a better support crew, they were there for me every single day.”