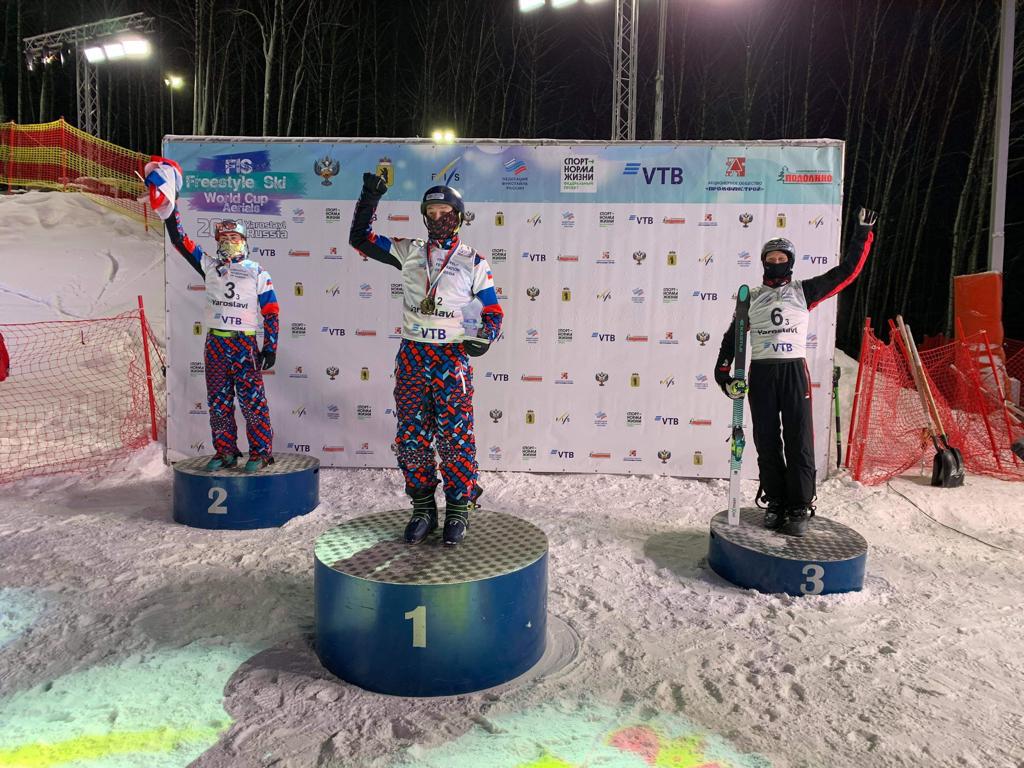 Yaroslavl, which is located just 250km northeast of Moscow, hosted this season’s second World Cup. It was a double-header weekend which started Saturday with qualification and final rounds. It was then followed by Sunday’s individual single round event and team event.

After finishing 17th on the first day, Irving was able to bounce back to land a full double-full full Sunday morning. This gave Irving a score of 120.36 for his podium placement. This marks Irving’s best result of the season so far.

It was just a matter of time before things started to fall into place for the 25-year-old. After dominating most of the training rounds on Saturday, Irving looked hungry to perform. Despite not making it through to finals, Irving was able to maintain his confidence and intensity to come back this morning and put down a solid third place performance.

“I was so happy today for Lewis, he was training and jumping so well. It was great to see him put it down in the single event”, stated Jeff Bean, head coach of the aerial team.

It’s safe to say that it was a successful weekend for the Canadian team. Marion Thénault entered Saturday’s finals holding the top qualification spot after landing a flawless full full. A podium result looked promising for Thénault as she placed third in the finals round, but was unfortunately unable to stick her double-full full in the super finals. Thénault ended the day in 6th overall. This was her second super final out of three World Cups events so far in her career.

Bean had nothing but positive things to say after watching his squad compete against the world’s best. “I am overall very impressed with the team, they all trained and jumped super well. It was a close call for Marion on day one, but the experience she is gaining is invaluable moving forward.”

“I was really happy to participate in my second super final this weekend. I need to work on my double-full full’s landing, but I know I am headed in the right direction”, stated Thénault.

The team is now headed to Moscow, Russia for the third World Cup of the season. The action starts Saturday, January 23rd where our aerial athletes will look to continue their momentum.