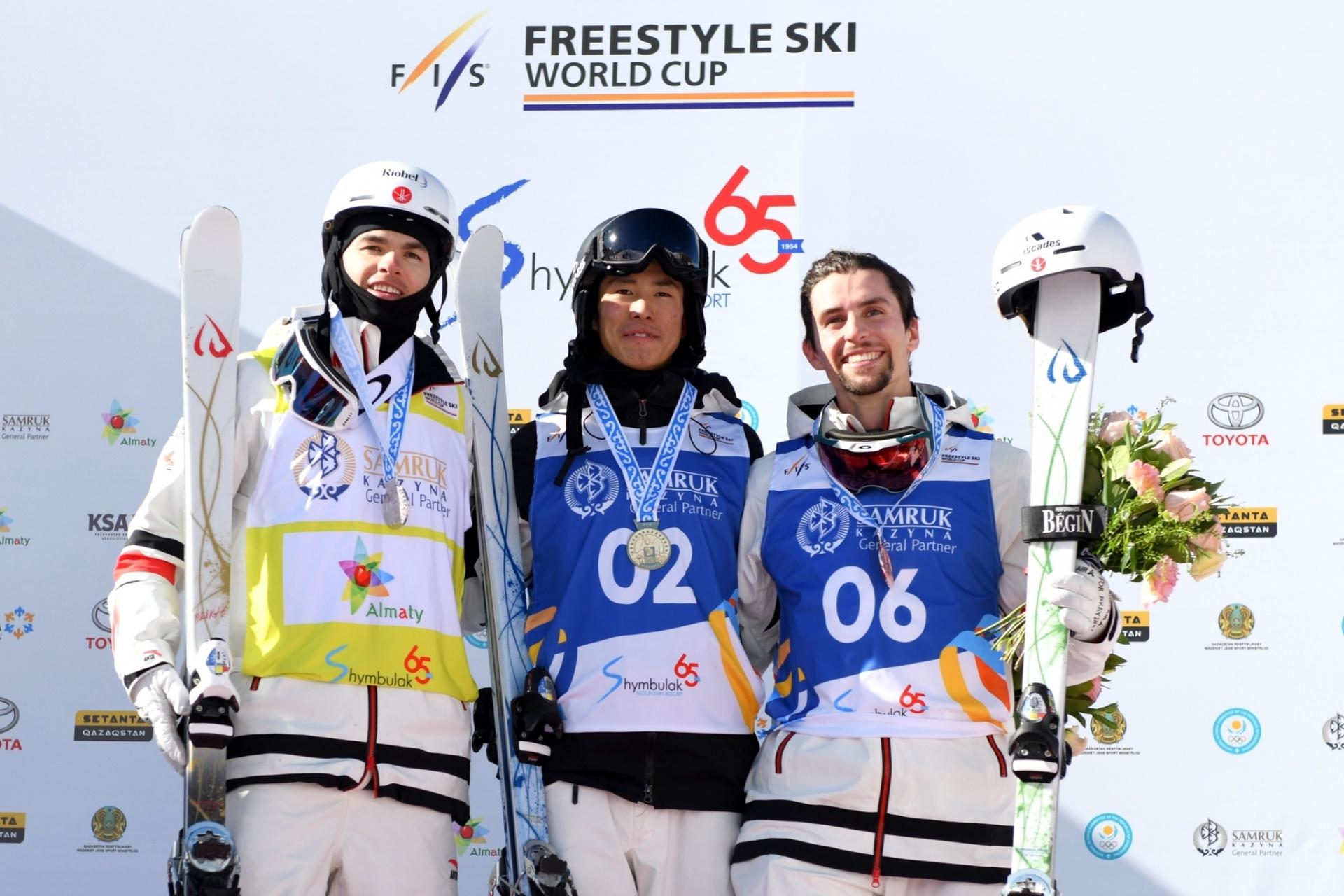 Canadian athletes had a strong showing in Dual Moguls at the Shymbulak World Cup today. Mikaël Kingsbury finished in second place behind his Japanese rival and friend Ikuma Horishima. The crowds were treated to an impressive display of technique, athleticism and sportsmanship during the big final, which had Kingsbury facing Horishima in a dual format. This was Kingsbury’s 9th podium of the season.

Laurent Dumais, 24, from Quebec City, stood tall on the podium in third place. Shymbulak was Dumais’ second podium this season.

On the women’s side, Justine Dufour-Lapointe finished in 10th place, just ahead of Maia Schwinghammer and her sister Chloé Dufour-Lapointe, who took 11th and 12th respectively. Schwinghammer was particularly pleased with her performance, as it was her highest finish this season.

Shymbulak offered an additional layer of challenge to the Canadian athletes, matching Canadian training partners up against each other in many duals rounds. The Canadian athletes made the most of a less than ideal situation. As coach Freddy Mooney explained, “the course was not optimal for us here, the training was not that good, but our athletes were able to optimize their training and do pretty well.” He was very pleased with the Canadian skiers’ efforts: “Putting 3 women and 4 men into a final of 16 each felt very good. Unfortunately, things didn’t necessarily go our way with course selection [amongst other issues], but we are happy with the way today went.”

The Canadian team will now travel to Krasnoyarsk, Russia, where the season’s tenth competition will go down on Saturday, March 7.