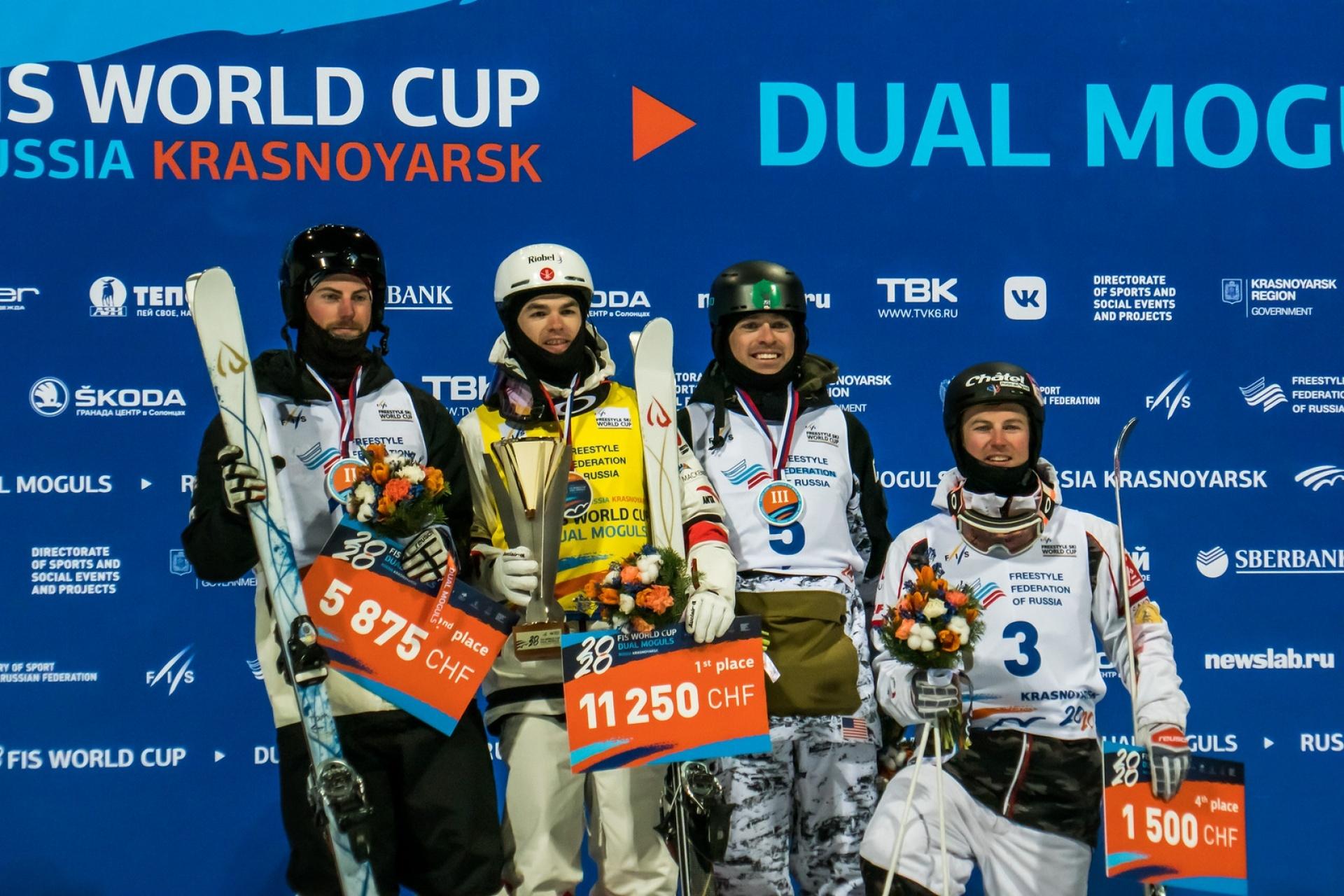 Mikaël Kingsbury stood on top of the podium at the Dual Moguls World Cup in Krasnoyarsk, Russia, today, for the third time this season in Dual Moguls. Kingsbury was joined on the podium by Thomas Gerken Schofield, from Great Britain, and Bradley Wilson, from the United States.

The podium marked his 63rd career victory on the World Cup circuit and has sealed an unprecedented 9th straight, season long World Cup Mogul title. “This is one of the best venues I’ve competed at in my entire career,” he said of the new venue deep in the heart of Russia. “This is my third World Cup win in three starts in Russia. This place has been very good to me.” After jumping out to an early lead in the final he was pushed hard by the Brit through the middle of the course but ultimately prevailed by staying technically clean through the full run. “After I knew I was going to win (for the season) it kind of released some pressure off my shoulders and I started skiing a bit better,” Kingsbury said.

Brenden Kelly, of Pemberton, BC and Laurent Dumais, from Quebec City, also made the round of 16 ultimately finishing 10th and 13th, respectively. Kelly and Kingsbury actually faced one another in the round of 16, but Kingsbury had the upper hand.

On the women’s side, the top Canadian finisher was Justine Dufour-Lapointe, who took 5th. The podium belonged to French athlete Perinne Lafont, who won the gold medal, with Jakara Anthony (AUS, silver) and Jaelin Kauf (USA, bronze) at her side.

The athletes now move to Sweden for the final two mogul competitions of the 2019/20 World Cup season.