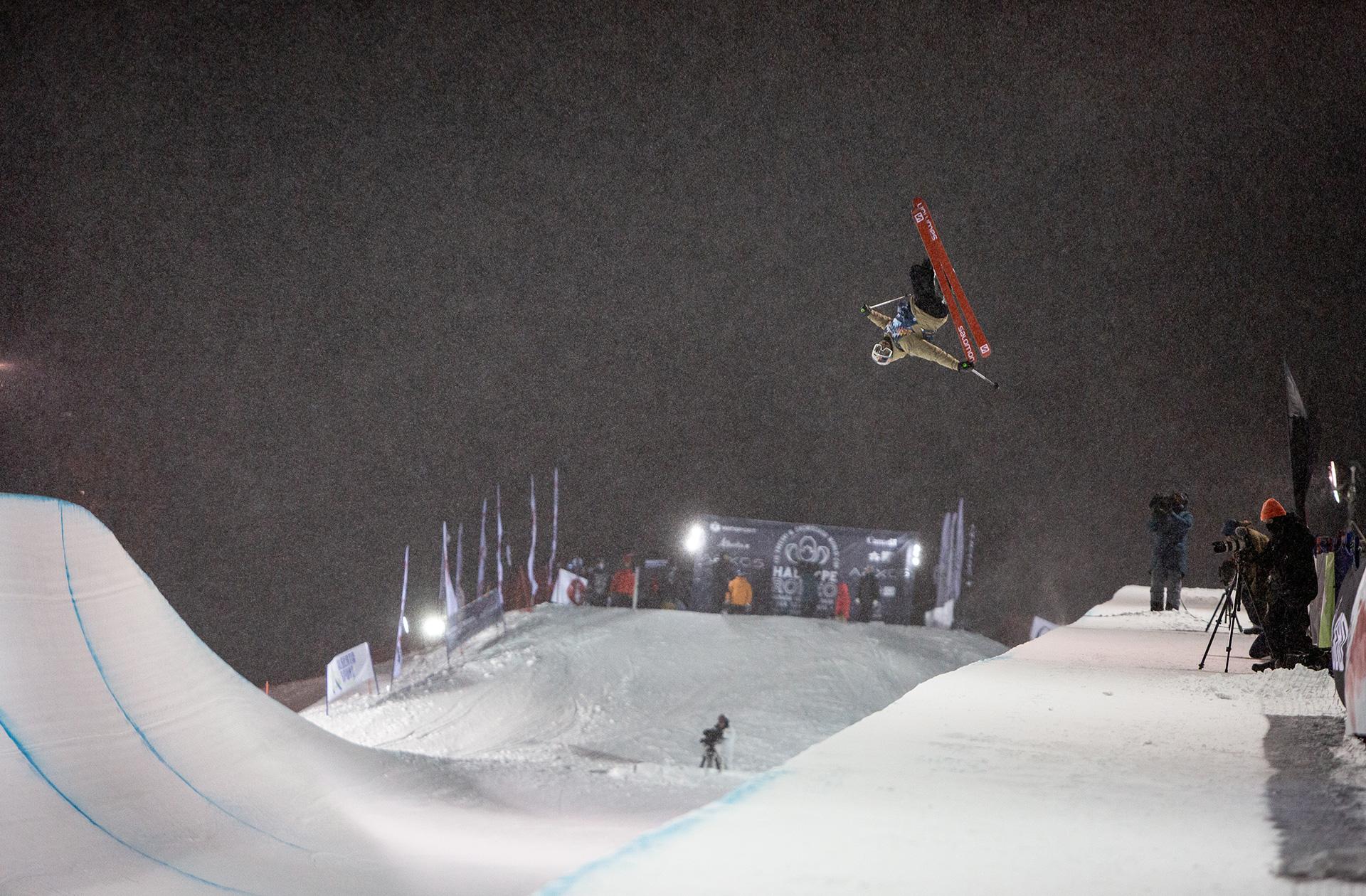 Calgary, AB, February 16, 2019 – One week to the day after winning the silver medal at the World Championships, Cassie Sharpe took the lead at the FIS World Cup in Calgary.

Sharpe had announced her colours in the qualifying round, which she won. She started the final with a score of 91.50, which allowed her to take the lead position, which she kept to capture the event. She also made one last victorious lap.

“I am really happy to have been able to put two good runs down in front of my family and my friends,” said the Comox, BC athlete. “It was an awesome event and it’s really cool to share the podium with Rachael.”

Rachael Karker had an excellent second run that put her second, behind teammate Cassie Sharpe. “I am so happy that Calgary hosted this event and to podium for Canada in Canada is incredible”, said Karker. “We are used to skiing this pipe so it makes it a little easier because we know it so well.” The Ontario skier is having an excellent season with a gold medal at the Dew Tour and a bronze medal at the X Games.

On the men’s side, four Canadians competed in the final, exchanging mid-pack positions from the beginning to the end of the event.

Worlds’ bronze medallist Noah Bowman continued his momentum with this superb performance. The Calgary skier, who was in his 25th World Cup start, scored 85.50 to finish behind New Zealand’s Nico Porteous (87.75) and David Wise (90.00). “It’s a very cool feeling to hear the crowd cheering for you; it almost brings more nerves than usual. I wanted to do my best for all the people that came out to support us”, indicated Bowman. “If I didn’t have this pipe in my backyard growing up I don’t think I would be doing what I am doing now so I have Winsport and COP to thank for where I am today.”

Brendan Mackay skied very well, improving his position run after run. He finished fifth with a score of 83.75.

Sascha Pedenko qualified for the final at his very first FIS World Cup and posted an impressive third run with a score of 83.25, earning him sixth place. “It’s unbelievable to make finals in my first World Cup in my hometown in front of my family and friends and to be able to land the best run of my life is insane!” said the Calgary athlete.

Calgarians and their families had a rare opportunity to see Canadian champions such as Olympic gold medallist Cassie Sharpe (Comox, BC) in halfpipe skiing, Rachel Karker, Noah Bowman and Simon d’Artois compete on Canadian soil. Canada Olympic Park’s 22-foot Superpipe, the only one of its kind in Canada, is a regular training site for Canada’s national freeski halfpipe teams.