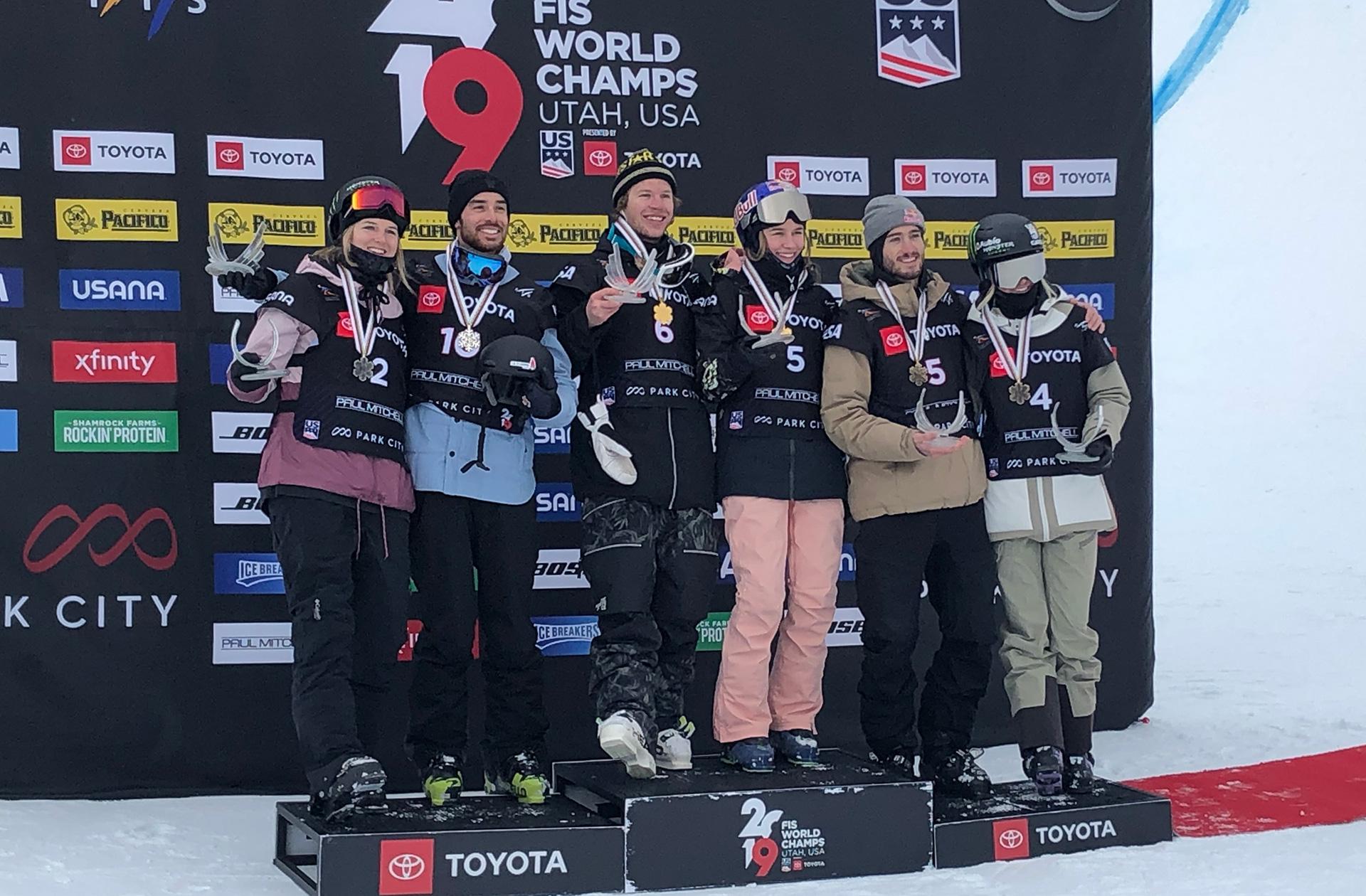 Noah Bowman earns bronze in the men’s; Karker and d’Artois finish off the podium

PARK CITY, Utah, February 9, 2019 – Canadian skiers Cassie Sharpe and Noah Bowman both made the podium after their ski halfpipe contests on Saturday at the FIS Freestyle Ski World Championships in Park City, Utah. Sharpe won the silver medal in the women’s competition and Bowman, bronze in the men’s.

That makes Sharpe the ski halfpipe vice-champion of the world, one year after being crowned champion in that discipline at the Olympics. This is the second time she wins silver at the worlds, having done the same back in 2015 in Kreischberg, Austria.

“Kelly laid down a phenomenal final run,” said Sharpe afterward. “I’m happy for her, though obviously I’m a bit disappointed at having missed coming in first.”

Rachael Karker, the 21-year-old Canadian competing in the first worlds of her career, came in fourth with a score of 85.20. This is her third top-5 finish at the international level this season; Karker has come in second and fifth on two legs of the World Cup so far.

“First, and above all, I’m happy to have been here at these World Championships after missing the last ones,” said Karker. “I was very pleased to have accomplished my landings. Obviously, it’s frustrating to find yourself so close to the podium without being on it, but I’m satisfied, given that these are my first worlds.”

On the men’s side, Noah Bowman grabbed his first medal in four career World Championships. At his first worlds in 2011, also held in Park City, he finished 11th.

“This medal gives me great satisfaction,” said the 26-year-old athlete, who landed in fifth spot at the 2014 and 2018 Olympics. “I knew that today I really had to give it everything I had, I had to do something big. I went all out and, luckily, I was able to land on my feet!”

This fourth-place showing is a personal best for d’Artois at the worlds; he competed in 2013 and 2017 at the World Championships and finished ninth.

“Today I decided to do what I do best and what usually works well, even if it meant dropping some of the more daring elements that don’t always go my way,” said d’Artois, 27. “From that perspective things went well and I’m happy with my result.”

The Freestyle Ski World Championships end on Saturday night with the dual moguls events for men and women.