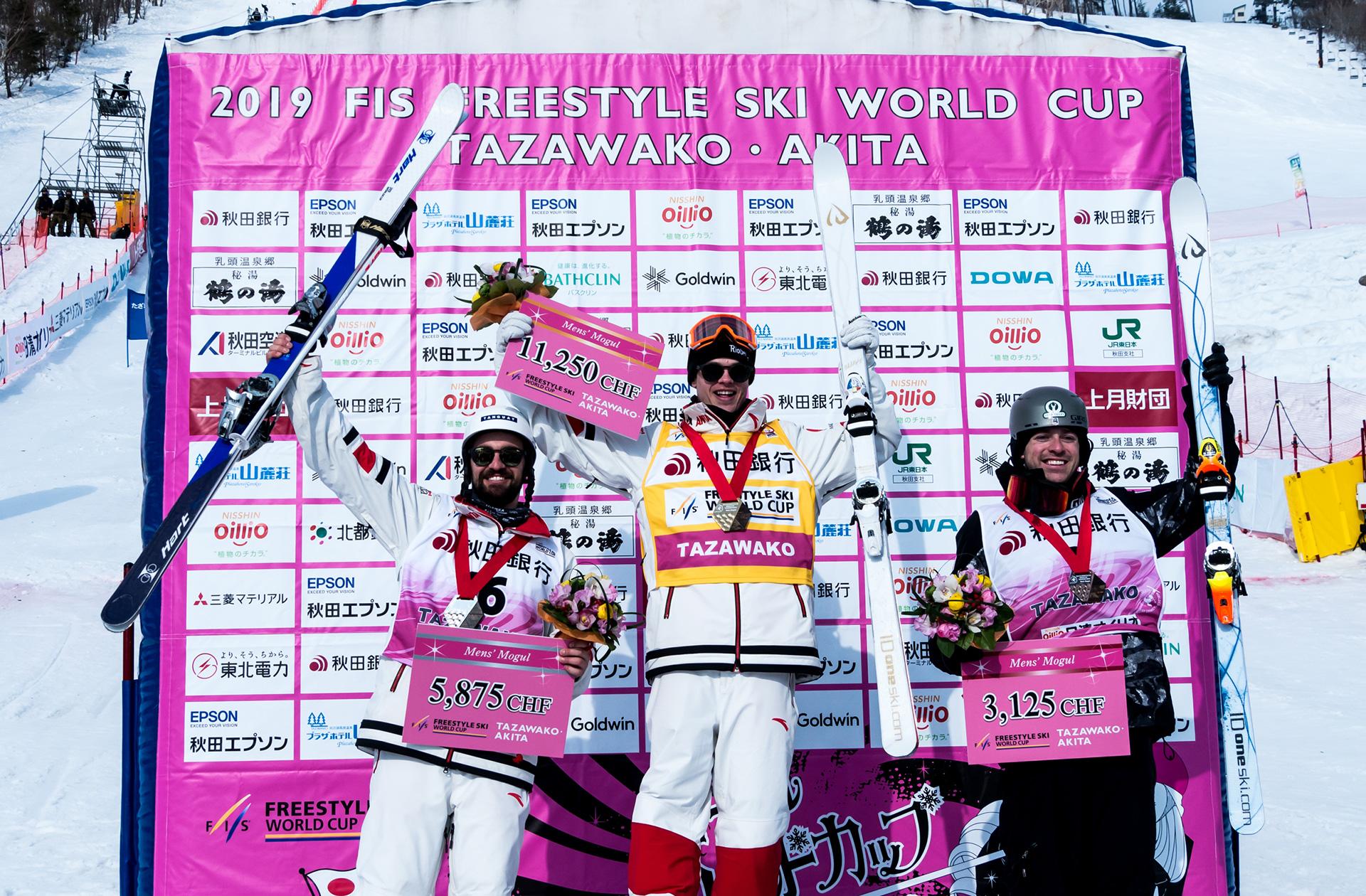 Tazawako, Japan, February 23, 2019 – A week of R&R at home didn’t put the brakes on Canada’s moguls king, who captured his sixth win in seven starts this season, on Saturday, at the single moguls event of the World Cup in Tazawako, Japan.

Kingsbury earned his top spot finish with a score of 86.70, ahead of his friend and teammate Philippe Marquis (83.67) and the American Bradley Wilson (80.47).

Kingsbury outskied the competition and sealed the deal by including his famous cork 1440; he is the first skier to do that jump in a World Cup competition.

“I didn’t have a specific strategy in mind today until the weather turned really nice before the finals. At the last minute, I had decided in training to do a cork 1440, which I hadn’t done since last summer,” said Kingsbury. “I landed it well in training so the plan was to do a run that would move me into the super final. As the second-to-last to ski, I knew that if I pulled off my trick before Ikuma, he would have to pull out all the stops on his run after mine. So my plan worked.”

The veteran Philippe Marquis, who had already announced his intent to retire after this trip with the team, had a dream day on the slopes in Tazawako.

“I woke up this morning and told Mikaël that I was going for the victory today and he told me the same thing. Obviously, there aren’t two first places, so we shared!” said Marquis. “I skied well all day, my technique was excellent and I improved my speed and jumps in the final and super final and everything fell into place.”

“To step up on the podium with Philippe and achieve a Canadian double with him, with everything he’s overcome, is really extraordinary. It’s a perfect day!” concluded his friend and roommate Kingsbury.

In the women’s competition, Justine Dufour-Lapointe took fourth place with 76.60 points, just behind Kazakh Yulia Galysheva, after a race won by Perrine Laffont of France with a score of 82.97. Second place went to the Australian Jakara Anthony. Chloé Dufour-Lapointe, who did her first cork in competition on the top jump, took 13th place.

A dual mogul event will be held on Sunday in Tazawako. This will be the third event of its kind this season.