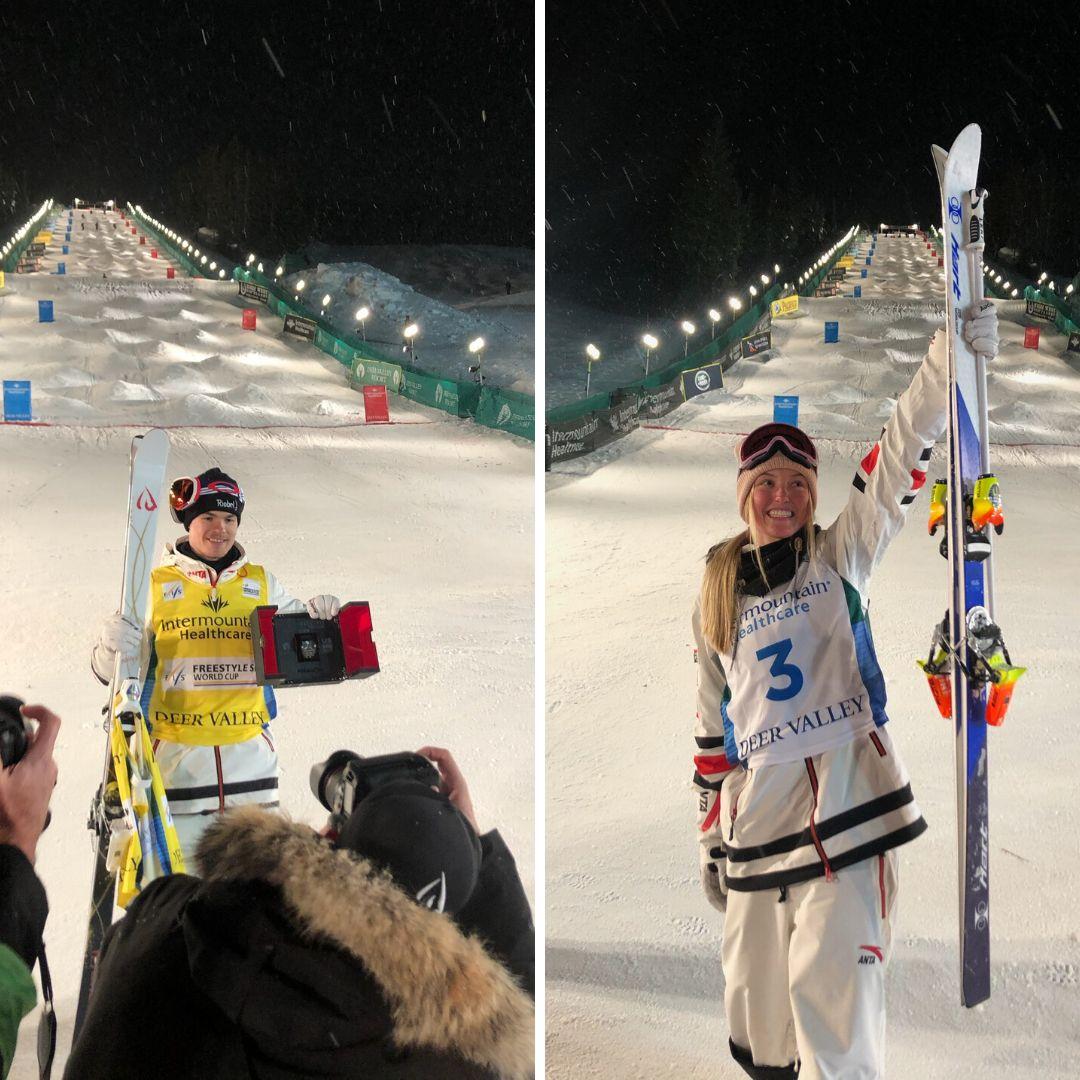 On the men’s side, Kingsbury qualified in second place on a tough course with a strong uphill wind that was gusting well over 50km/h. He was happy with how he skied in the big final: “Deer Valley, it’s the best course in the world, you want to arrive here and win, especially as last year I won the World Championships here. I was happy with my skiing in training.” However, Japanese skier Ikema Horishima squeaked into the big final and, according to Kingsbury, “had the best run of his life”. Horishima’s run, which included a double full up top and cork 10 at the bottom, scored him 89.17 points, a score that Kingsbury could not beat. “I gave it all I had, I had an excellent run with no mistakes and two good jumps, but I came up a bit short on points today. I’m super motivated for Saturday’s duals.” In a display of sportsmanship, Kingsbury went up to Horishima after the race to genuinely congratulate him. “Thanks for pushing me, congratulations”, he told his opponent. This was Kingsbury’s 17th medal on this course.

Kerrian Chunlaud was the other Canadian male to break into the top 10, finishing in 9th place. Going into the competition, he wanted to leave it all on the hill, and gave it all he had when it comes to speed and effort. However, he went too fast in the first final and was unable to keep his run clean.

On the women’s side, Justine Dufour-Lapointe carried the energy of the bronze medal she won last week in Calgary into this competition and took third place today again. Justine had a very eventful day today, as she started the superfinal in 6th place. She committed to her final run and skied like she had nothing to lose, which she was proud of. “I’m really proud of myself again today, that course is so challenging, it’s so rough, but I felt like I didn’t want to hold back. I knew the field is so hard, those girls are awesome out there, they are doing corks and I knew I had to do it, even though it’s really stressful because the jump was not easy, but I pushed through and I did not hold back. I pushed the speed a bit and that’s what I’m most proud of.”, she reflected.

The other Canadian women also made strides in Deer Valley today. Valerie Gilbert started the day strong and qualified for the first final, but over-rotated on her second jump. Nevertheless, she feels like she is making gains every week, and finished 16th today. Her teammate Maia Schwinghammer felt like she had unfinished business with the course that took her down last year at the World Championships, where she broke her collarbone at the finish line. She skied conservatively today, well within her abilities, but missed the final by 0.02 and finished in 17th place. According to her coach, this near-miss has lit a fire in her belly for Saturday’s duals. Lastly, Chloe Dufour-Lapointe elected not to ski, as she is recovering from what is believed to be a minor leg injury.