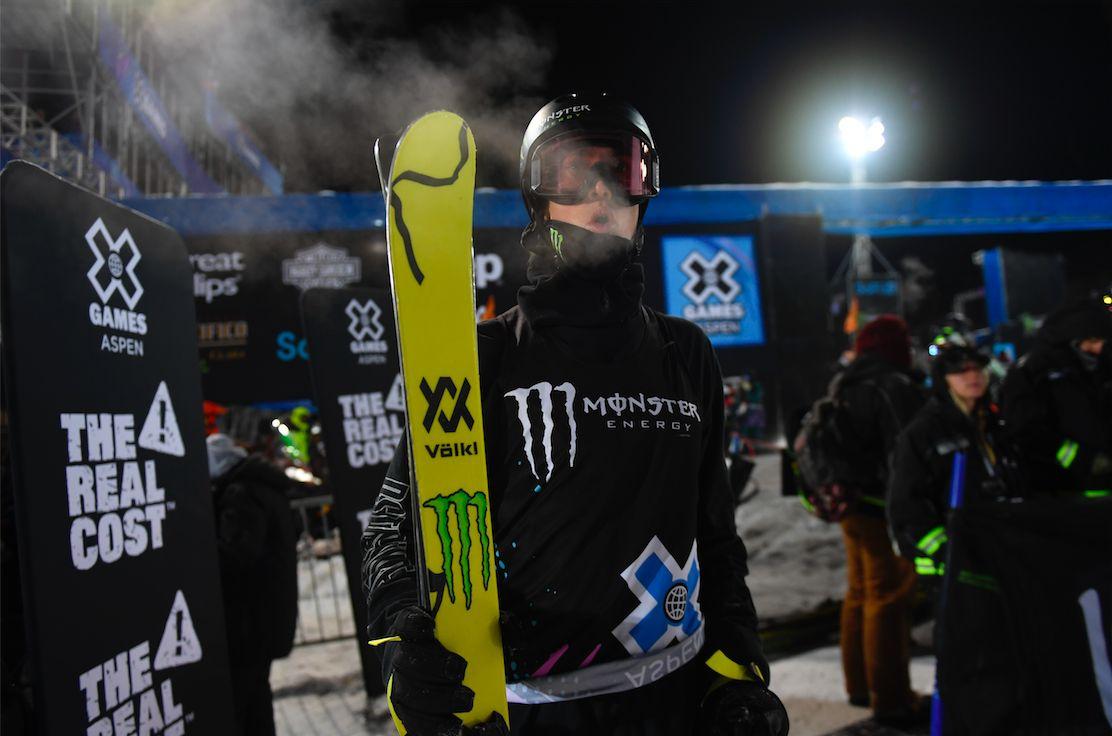 Aspen, Colorado, January 27, 2019 – Alex Beaulieu-Marchand got his second medal at the 2019 X Games in Aspen on Sunday with a silver win in men’s ski slopestyle.

In so doing, the 24-year-old Quebec City athlete earned two medals in two days after coming in second in the Big Air event on Saturday night in Aspen.

Beaulieu-Marchand finished second on Sunday with a score of 92.66 after the first of three runs in the final. He was edged out only by the American Alex Hall with 95.66. Ferdinand Dahl of Norway took third spot with a score of 80.33.

Beaulieu-Marchand was unable to improve his mark after a successful first run; he was docked points on his second run for a rocky landing off the ramp, and again on his third when he fell just as he was going all out.

The reigning bronze medallist from the 2018 PyeongChang Olympics nonetheless pocketed his third career medal at X Games this weekend, having won a bronze at the Aspen venue back in 2017. This year marks his eighth start at the X Games.

“I’m really happy. It’s an incredible feeling to have won these two medals,” said Beaulieu-Marchand after Sunday’s race. “All week I’d been feeling good, feeling confident, even though I didn’t train that much.”

“The World Championships are coming up. I’ll be competing in the ski Big Air and slopestyle and I can’t wait. The next few days are going to be even more exciting since my ski video, which I’ve been working on for two months, is being released and going on sale this week.”

Philippe Langevin of Mont-Tremblant, Quebec, who was called in on short notice to replace Evan McEachran after the latter dropped out of the Sunday race with a knee sprain, finished ninth.

Sunday proved to be a productive day overall for Canada’s slopestyle skiers. In the morning, at the World Cup in Seiser Alm, Italy, Max Moffat won the gold medal for the men and Megan Oldham earned the silver for the women.

The 2019 Aspen X Games, which ended on Sunday, will therefore have seen three Canadian freestyle skiers leave the venue with a total of four medals: Beaulieu-Marchand’s silver medals in the ski Big Air and slopestyle; Cassie Sharpe’s gold and Rachael Karker’s bronze in the halfpipe.