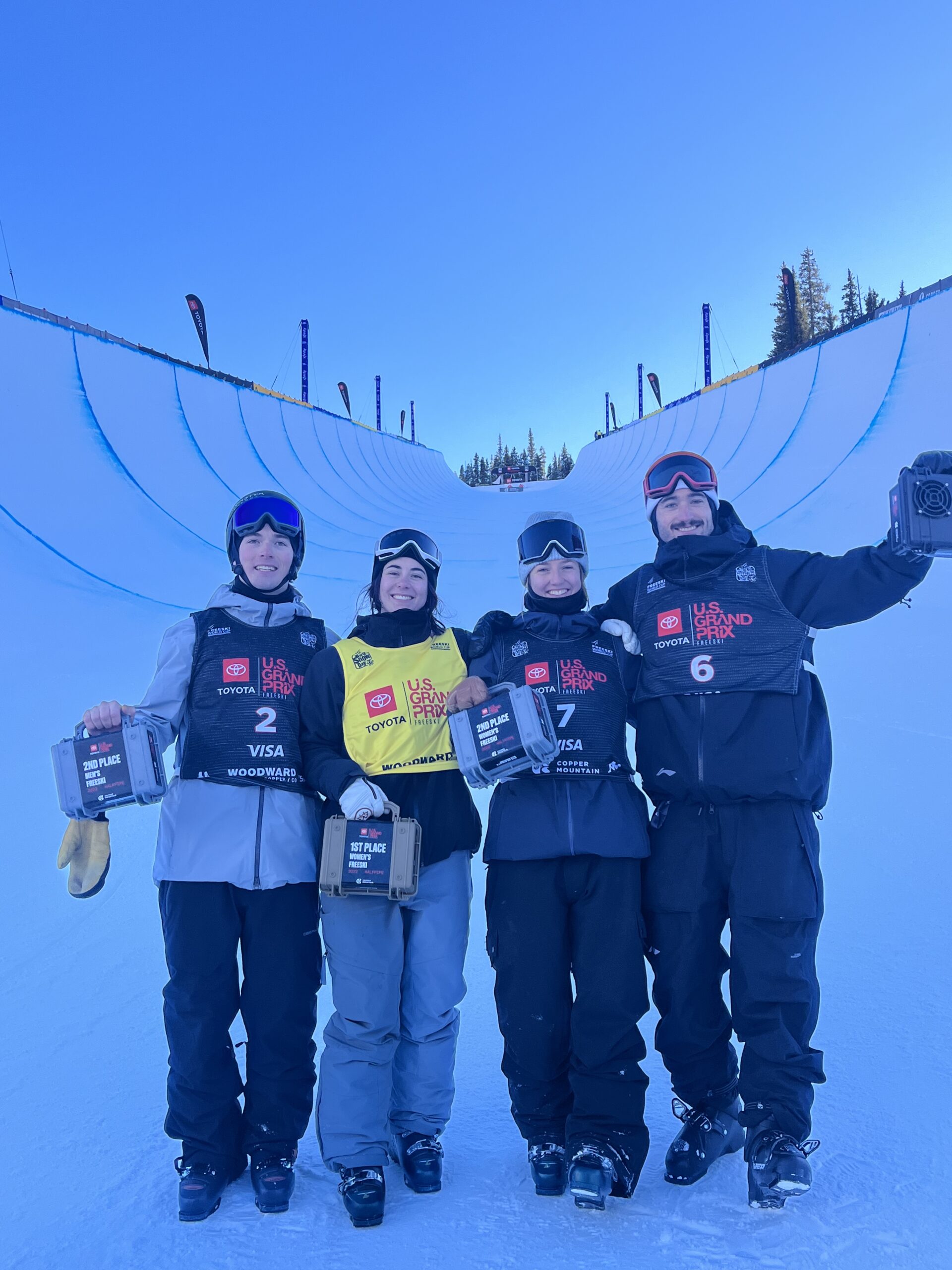 Vancouver, December 17, 2022 – Rachael Karker (Erin, Ontario) was the star of the World Cup halfpipe final at Copper Mountain, Colorado, on Saturday. Starting with her very first run, the Canadian put in an outstanding performance and ended the day on top of the podium.

Karker had the highest score in Thursday’s qualifiers, which allowed her to start last in today’s final. On her first run, the Ontarian’s spectacular descent earned her 89.50 points.

She remained undefeated throughout the final and clinched her second career gold medal on the World Cup circuit. In 2021, she won in Aspen.

“I’m really happy! It was our first competition since the Olympics. I’m glad to have started off the season well. I wiped out in a training run just before the final, and I wasn’t even sure I’d be able to compete. In the end though, I felt fine, and everything went really well,” said Karker.

Amy Fraser (Calgary, Alberta) had never stood on a World Cup podium until today (Saturday), when she secured the silver medal with a score of 82.25 on her first run.

“I’m totally speechless. Before the final, my objective was just to do my best. I didn’t think a podium finish was even possible. Even after my first run. I knew it had been good, but I didn’t think it would be enough. I hadn’t been that nervous in a long time!” explained Fraser.

“It always feels great to share the podium with a teammate. It was even more special today, since it was Amy’s first medal. I’m proud of her, and I was proud to see so many Canadians on the podium today,” added Karker.

Much like his compatriot Rachael Karker, Brendan Mackay (Calgary, Alberta) put in a dazzling performance on his first descent of the final, which was good for 91.25 points and the top provisional spot.

His score held until the third round, where he outdid himself with 92.50 points.

However, his dreams of a gold medal went up in smoke a few moments later, as he watched Birk Irving of the USA make an almost perfect run. Irving’s 93.75 points knocked Mackay off the top step of the podium and gave him the win.

“I’m really happy to have had such a great day. It had been ages since our last competition, and I’m proud of what I accomplished today. I had the chance to try some new tricks during my runs. Overall, it was very positive,” said Mackay.

Irving, who hails from Englewood, Colorado, had the good fortune of winning his first World Cup medal on home soil.

Mackay was not the only Canadian on the podium. After falling on his first two runs, Noah Bowman (Calgary, Alberta) made a made an impressive recovery on his final attempt. The judges awarded him 91.00 points, good for third place.

“I’m glad to have made it onto the podium. I felt good all day. After crashing twice, I started to feel some pressure, so I adjusted my game plan to try to pick up as many points as possible on my final descent. The strategy paid off, and I was really glad to share the podium with Brendan today,” concluded Bowman.

Dylan Marineau, Ethan Fernandes, Adam Fiselier and Andrey Longino were all eliminated in the qualifiers. They finished 16th, 22nd, 28th and 34th, respectively.