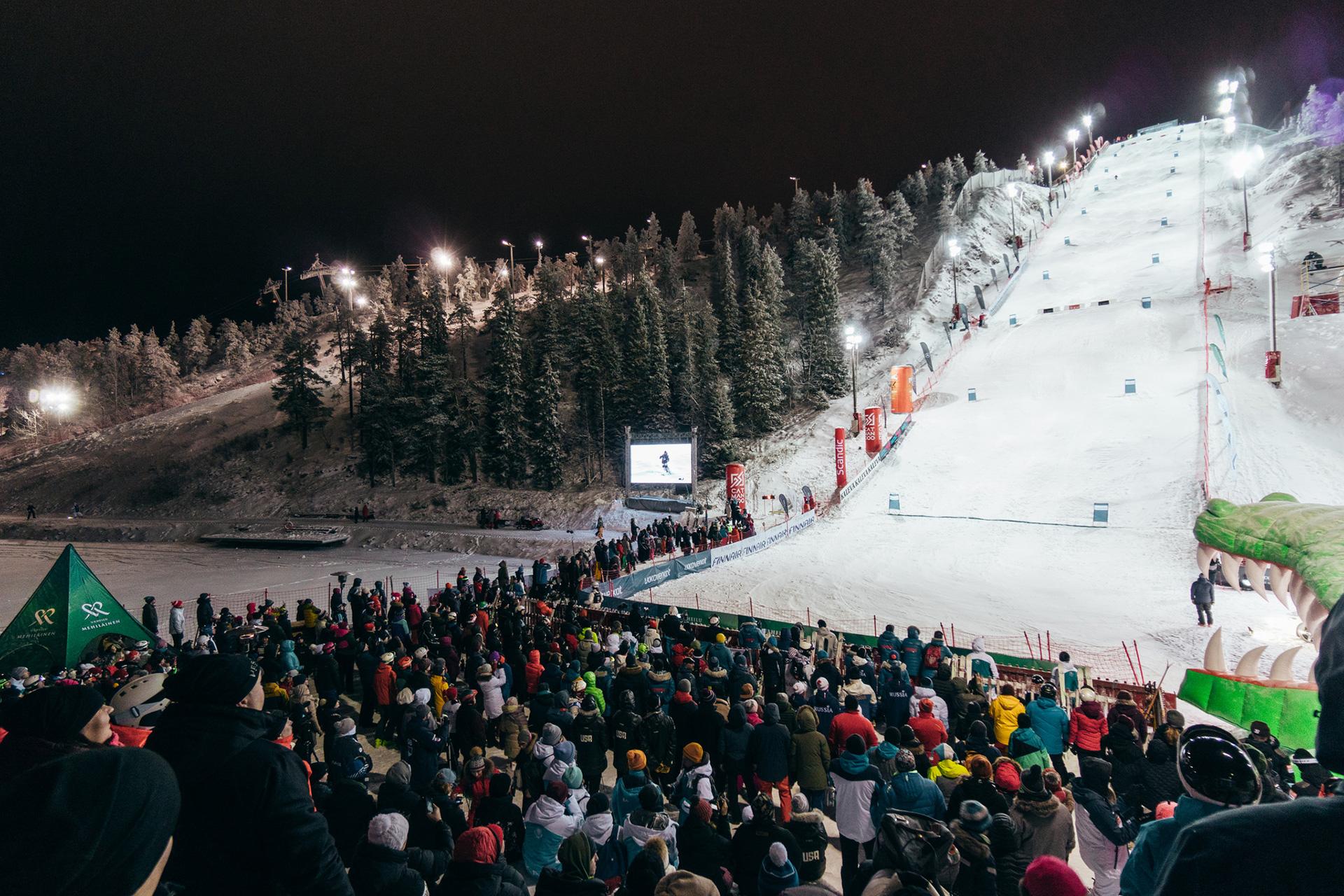 December 7th is the kick off to the FIS Freestyle Mogul World Cup tour. After a summer of training the athletes from around the world will assemble north of the Arctic Circle in Ruka, Finland to display the results of their training this summer. Being so far north, the skiers will be skiing under the lights even during the day. With the sun going down at about 2pm, consensus from our skiers is that the course lighting provide the light they need to ski – though they wish the bright lights would provide some additional warmth.

The Canadian team will again be led by our highest ranked skiers, Mikael Kingsbury on the men’s side and Justine Dufour-Lapointe on the women’s however, there are many Canadians eager to share the spotlight. Emerging athletes Robbie Andison, Gabriel Dufresne and Elliot Vaillancourt are eager to improve on their success last year and challenge this year on the World Cup. All three face strong competition from within their own team with the likes of Kerrian Chunlaud, Brenden Kelly and Laurent Dumais. On the women’s side Valerie Gilbert is back after a rest year away and looks to convert a strong summer of training.

After Finland the team heads to China where they will compete in both single and dual mogul events at a Thaiwoo, a venue in the same region as the 2021 World Championships and the 2022 Olympic Winter Games. The team will be joined by another young Canadian woman in China, Maia Schwinghammer, who opted to extend her training before launching into the competitive year.

You can watch the event on CBC’s Road to the Olympic Games at 3pm ET this Saturday.

Best wishes to our Canadian skiers!