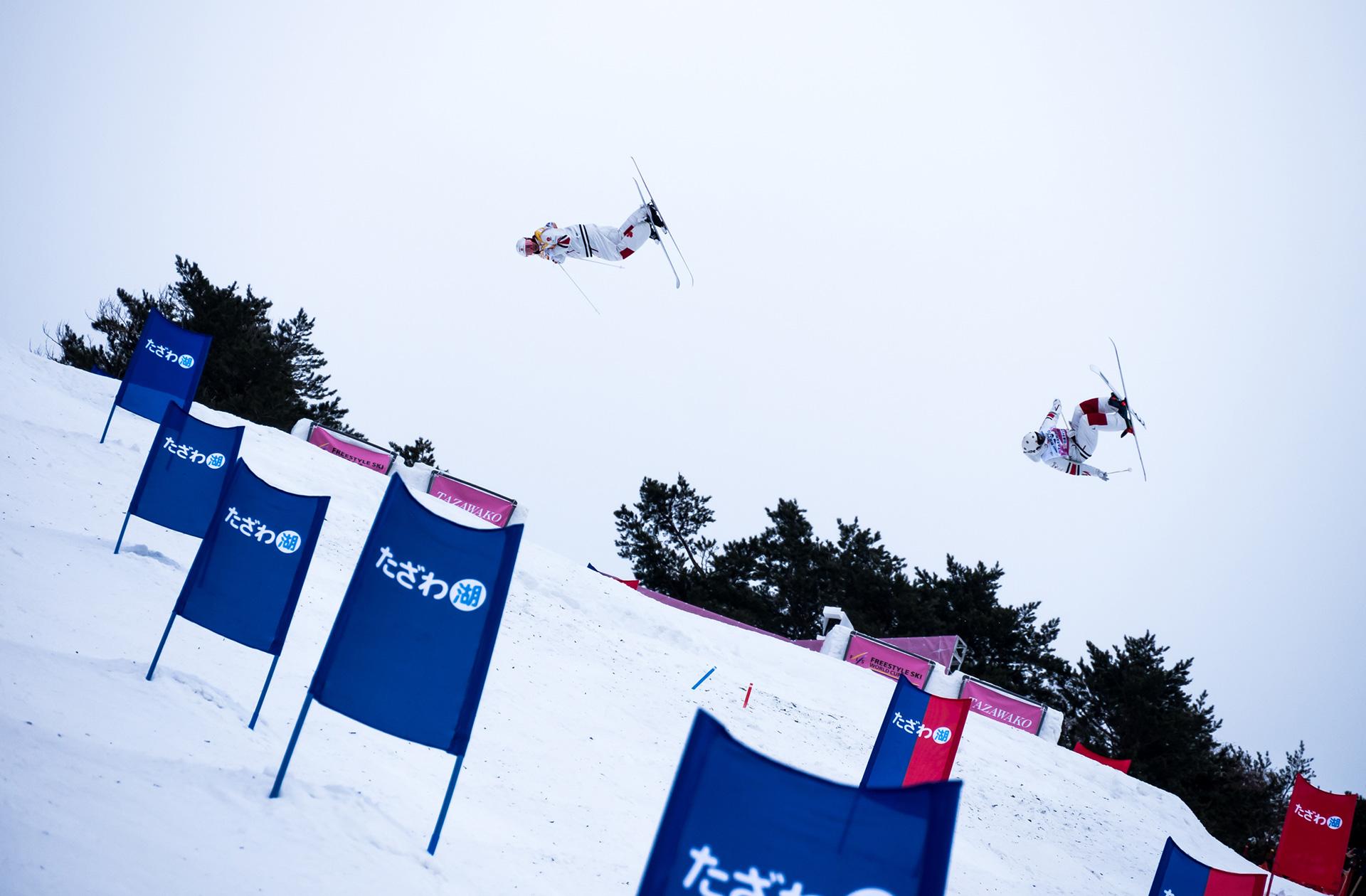 Kingsbury won on Sunday with 87.94 points, finishing ahead of Horishima (86.63) in the super final. The small final was between Matt Graham and Ben Cavet, the latter winning with a third-place finish in the competition.

“I woke up this morning and told Phil that I felt ready to go all out on the course to win. With each duel, I felt better and better. I was going faster and bigger in my jumps and I also knew that on the other side of the bracket, Ikuma was skiing really well and very fast,” explained Kingsbury, nicknamed the king of moguls. “When it was time for the final, I talked to my coaches at the top of the course and we made a last-minute decision to do a 1440 cork like I did the day before. I didn’t have time to think about it. I landed the 1440 and then skied as fast as I could. I managed to cross the line before Ikuma!”

“It feels great to win two gold medals here in Japan, especially since I finished second twice behind Ikuma last year and lost the final duel to him. So this is a bit like payback!”

On the women’s side, Chloé Dufour-Lapointe finished fifth in her race against Australia’s Jakara Anthony. Chloé’s sister, Justine, finished seventh after losing to the American Jaelin Kauf.  Perrine Laffont of France took the gold.

The next stop for the Canadian skiers is Kazakhstan, where another double program awaits to close the season.