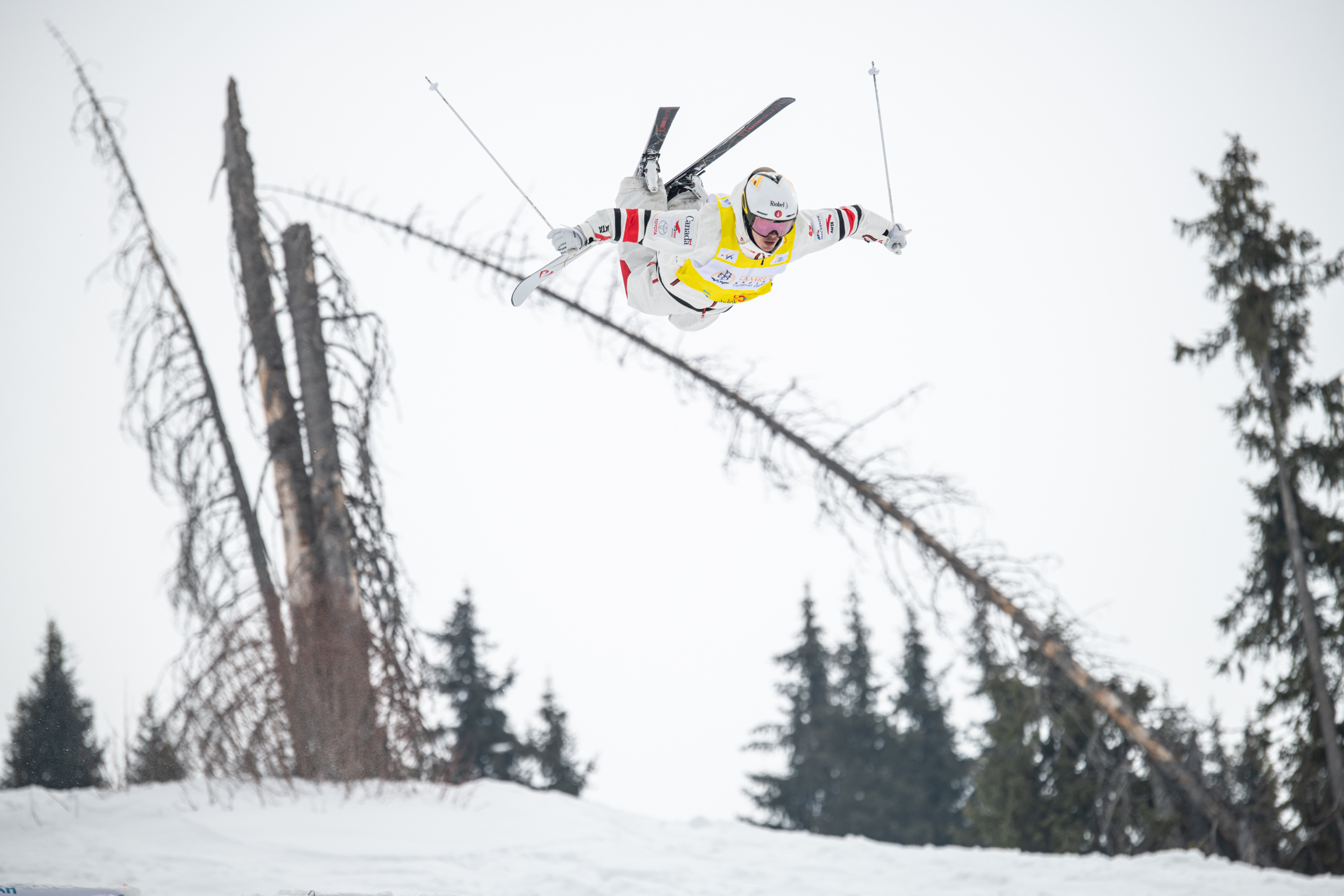 Almaty, Kazakhstan – March 9, 2021: Mikaël Kingsbury added another chapter to the history books as the first male freestyle ski athlete ever to successfully defend both World Championship moguls titles after winning the gold in the dual competition on Tuesday in Almaty, Kazakhstan.

The 28-year-old from Deux-Montagnes, Que., who won the singles competition on Monday, also accomplished the rare feat of winning gold in both singles and dual moguls at the 2019 World Championships in Deer Valley. The premiere freestyle ski competition in a non-Olympic year is held every second year.

Kingsbury, a two-time Olympic medallist and reigning champion, solidified his 11th career World Championship medal and recorded his sixth victory after dusting Australia’s Matt Graham in the Big Final in a tricky day on the mountain.

“The course and the conditions were very difficult today, especially the red course,” said Kingsbury. “I lost a little bit of balance before the second jump but was able to absorb it well in the landing to cross the finish line. I have to agree that today was not everyone’s best skiing. It was the kind of day where if you are able to cross the finish line, you have a chance to win.”

The dual moguls competition pits the top freestyle skiers in a head-to-head match-play bracket format. The fastest athlete down the mountain, while combining technically-sound turns and air, moves onto the next round until the champion is crowned.

The double golden triumph caps off a remarkable return to the elite circuit for the most accomplished freestyle skier ever.  Kingsbury missed the first three World Cups of the season because of a fracture to his T4, T5 vertebrae following a training run in December in Ruka, Finland.

“It is really important for me to thank my team back home: my physical trainer Scott Livingston who helped me recover from my injury, my mental prep Jean-François Menard who helped me stay focused, Dr. Fontaine, who was there from day one to make sure I was on the right track, and my coach Michel Hamelin who made sure everyone was following the plan we put in place. I would not have two World Championship titles if it weren’t for all of their help,” added Kingsbury.

While Australia’s Matt Graham was forced to settle for the silver medal behind the legendary Canadian, it was Japan’s Ikuma Horishima beating out Canada’s Brenden Kelly for the bronze medal.

Building on a 17th-place finish in Monday’s singles, the 25-year-old Kelly enjoyed his career-best finish after picking off many of the best skiers on the planet. Working his way through the bracket from the round of 64, the Pemberton, B.C. native was forced into the Small Final after losing a nailbiter in the semifinals to Australia’s Graham – setting up a rematch against Horishima who is arguably one of the top skiers in the world behind Kingsbury.

“I started the event with a super tough bracket. I fell behind my competitors in speed, but because I kept my skiing as clean as possible I was able to ski all the way to the Small Finals. It was super exciting to make it this far,” said Kelly. “I’ve never skied this many runs in a dual moguls World Cup event, let alone a World Championships. Skiing against these super talented skiers forced me to push out of my comfort zone and the boundaries of what I can do.”

Kelly, who missed valuable training time in January due to a bruised heel, was confident coming into World Championships after coming off a career-best fifth-place finish in dual moguls at his last World Cup event in Deer Valley where he topped the talented Japanese athlete. Horishima got the best of the Canadian this time around.

“Having beaten Horishima in my last competition in Deer Valley, I knew I was going to have to push really hard. I went all out, but unfortunately lost control after going too big on my top air and ended up blowing out of the course,” added Kelly. “To lose by blowing out was certainly a little frustrating, but I’m still really proud of my performance today and walking away with my career-best result.”

Horishima also dashed the medal hopes for two other Canucks before squaring off with Kelly. He also knocked off Quebec City’s Laurent Dumais in the round of 16 before taking out Kerrian Chunlaud in the quarter-finals.

Chunlaud, of Ste-Foy, Que. was solid in seventh place overall. Dumais finished 11th. Gabriel Dufresne, of Repentigny, Que., was ousted in the round of 32 after losing to Bradley Wilson, of the United States.

A young Canuck also made a charge for her first career podium in the women’s dual moguls event.

The youngest member of the Canadian squad in Almaty at 21 years of age, Sofiane Gagnon of Whistler, B.C., finished in fourth spot to secure her best-ever result at the elite level.

“This week was tough on Sofiane. The course was difficult and she had a tough time adjusting,” mentioned her coach, Jim Schiman, who added Gagnon has only had two starts in the last two years while recovering from a knee injury.

“We made some tough decisions early in the season holding her out of starting World Cups in December and Deer Valley (February) in order to have Sofiane train in Canada to ensure her health for World Championships. She didn’t complain. She saw the value in the decisions. She came out today with a great attitude after a disappointing single moguls result and competed on par with her training, which was good enough to beat anyone in the field.”

Skiing calm and composed, the talented Gagnon showcased her potential while finishing just shy of punching her ticket to battle for the gold in the Big Final after losing her semi-final match to the eventual silver medallist from Russia, Viktoriia Lazarenko. A couple of small mistakes also cost Gagnon the bronze medal match. She was edged off the podium in the Small Final by Anastassiya Gorodko, of Kazakhstan.

“Today was definitely a special one for me”, mentioned Gagnon. “My last duals event was at the World Championships in 2019, so I was really excited to step back into the gate for this event after two years. Returning from a long rehab and walking away with a new best result really meant a lot to me.”

The World Ski Championships continue on Wednesday with the opening day of the aerials competitions. 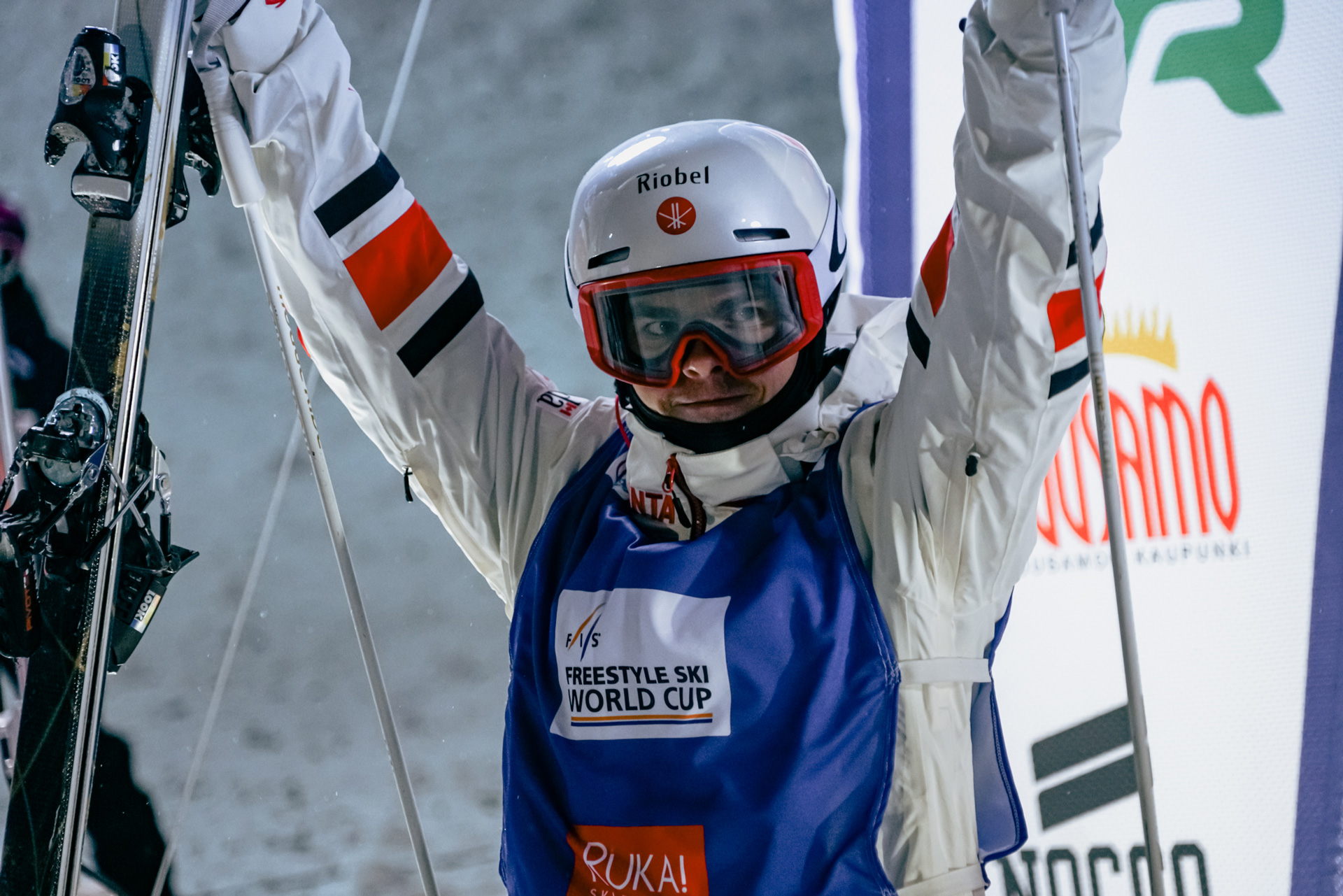 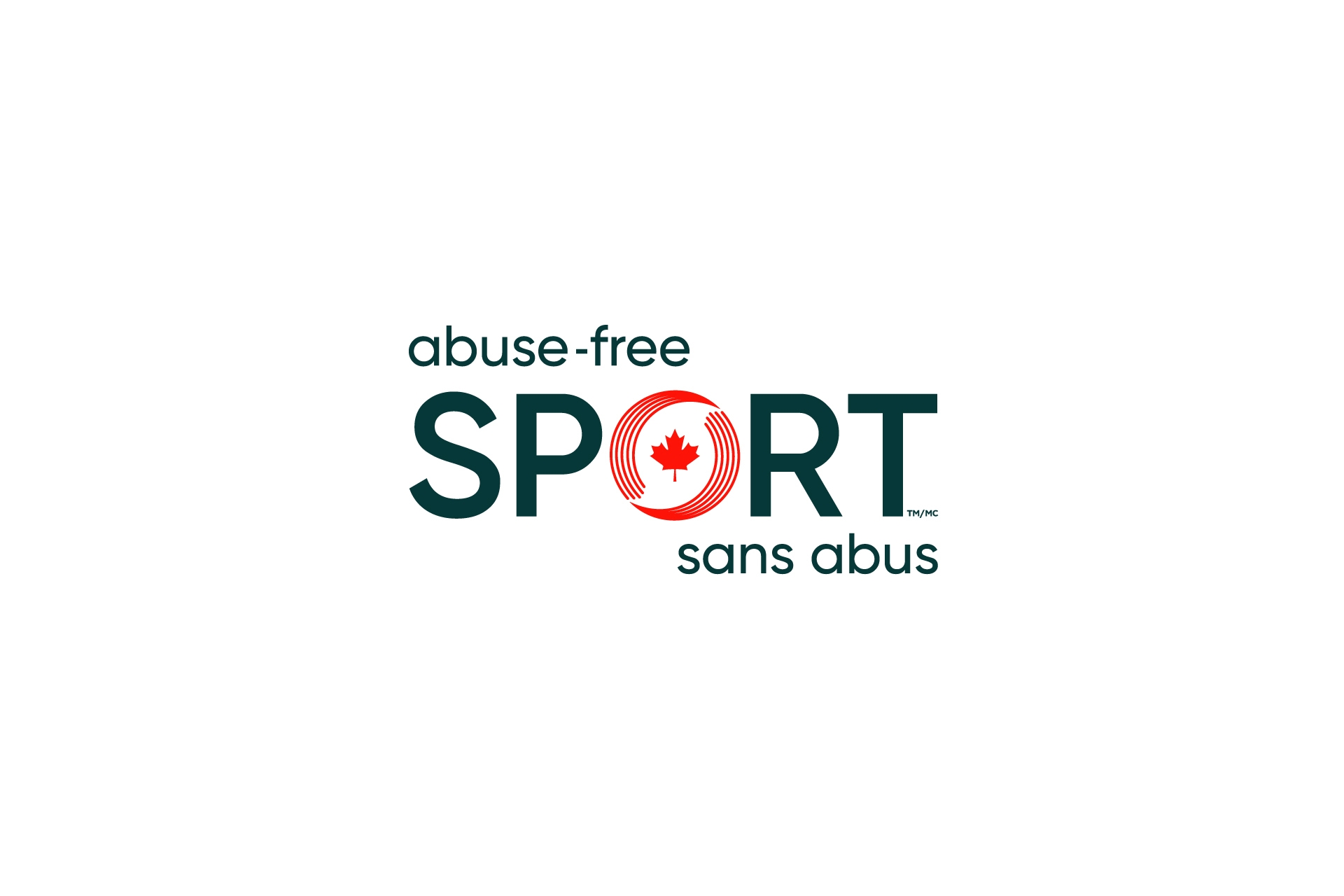 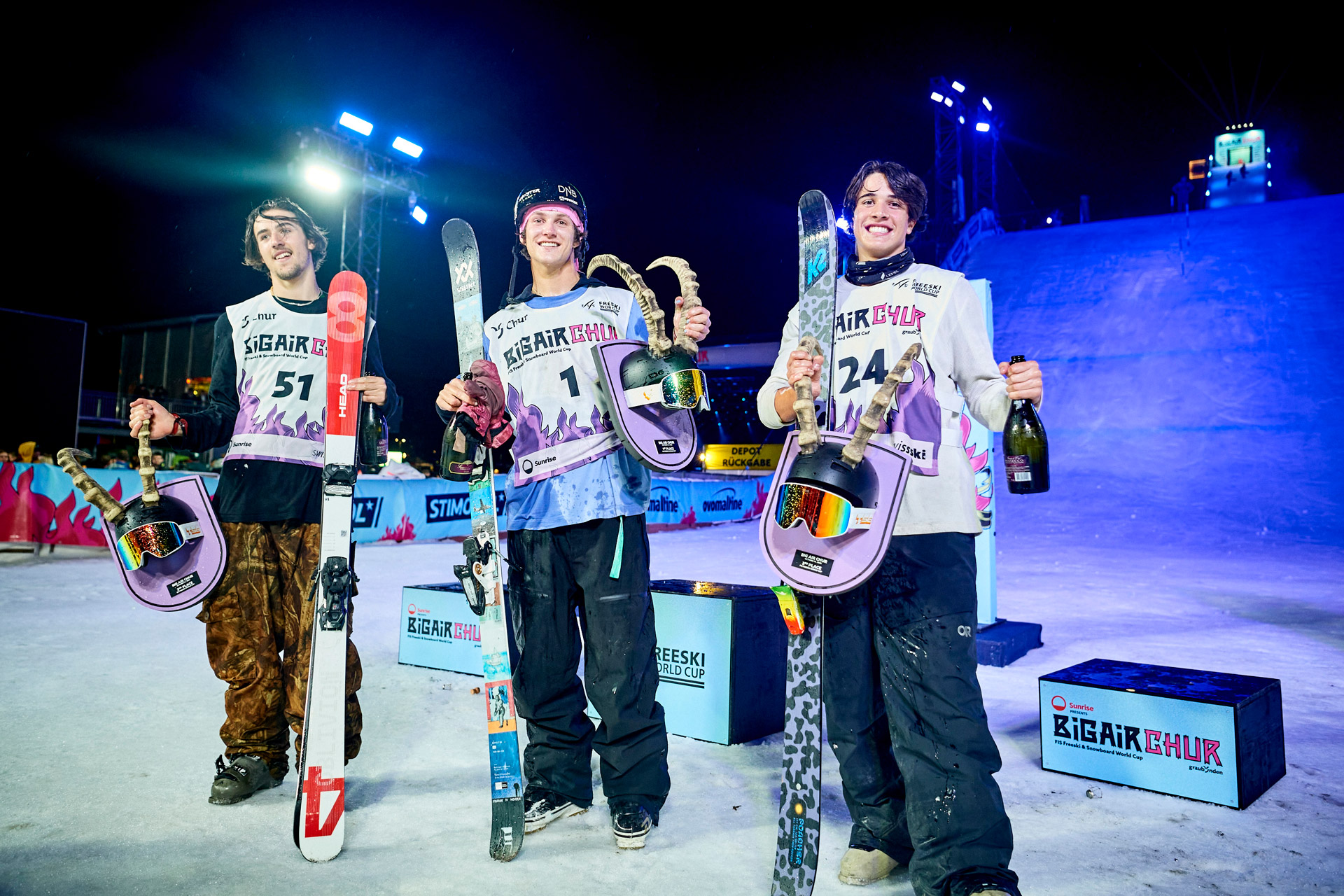 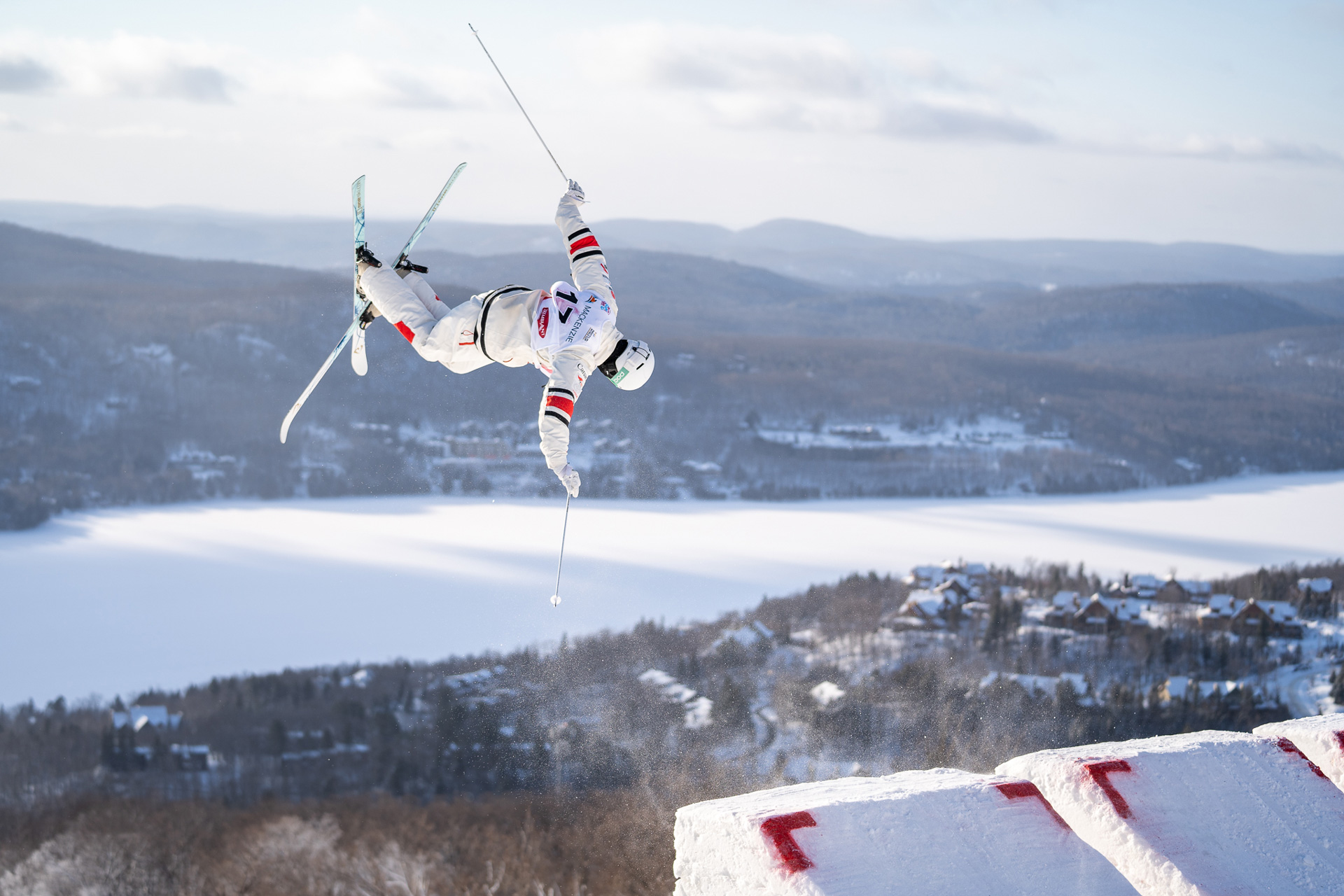