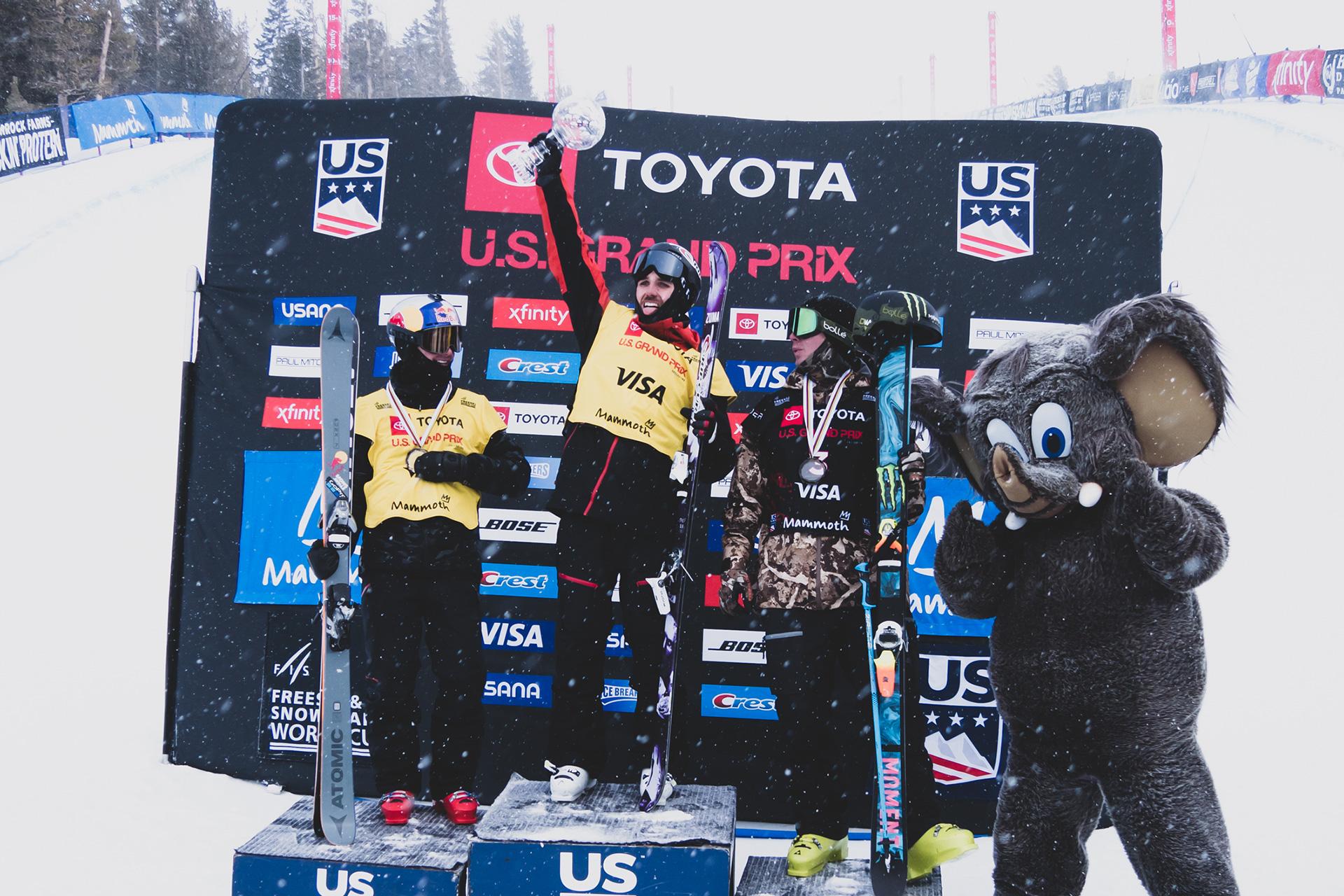 Seven Canadians make finals in the last event of the season

“The weather was a little bit tough to deal with, but everyone pushed through that. Going into my second run, I knew I was not in the top spot whatever what I did so I just went out and dropped my new trick I’ve only done twice before. I’m just super happy”, she said.

This victory also earned the Canadian skier the Crystal Globe in the discipline for the 2018-2019 FIS World Cup season. Just like she did last season, Sharpe waited on the last event to capture the title.

“I like to put myself under pressure. It stresses me out, but it’s so fun. I came into this not expecting to get the globe, but I didn’t want to get my hopes up about it. If it happened then yeah, but if it didn’t, I did not want to be upset about it”, she added.

Leading in the qualifying round, Sharpe was impressive in her second run, scoring 95.60 points to capture a brilliant win.

The 26-year-old Calgary native, who won the PyeongChang Games in 2018 and was FIS World Vice-Champion in 2019, won her fifth consecutive World Cup medal today, and her seventh in her last eight outings on the circuit, a streak that goes back to March 2017. Earlier this season, Sharpe earned silver at Copper Mountain and gold at home in Calgary.

The only other Canadian in the women’s final, Rachael Karker, fell on her first run and finished fourth in the event with the 79.40 points tallied in her second run. Karker had a successful first season on the World Cup tour finishing second overall in the standings.

In the men’s event, five Canadians were competing in the final. After dominating the qualifying round, Simon D’Artois captured a fifth career FIS World Cup podium finish by taking second place with an impressive first run in the final (93.80), outnumbered only by American Birk Irving (95.20) in the second run.

However, that second place was enough for D’Artois to secure the top spot in the overall standings and win the halfpipe Crystal Globe for the 2018-2019 FIS World Cup season.

“I can’t believe it. It hasn’t yet hit me”, said D’Artois about his season title victory. “It was a tough day and I was happy to put two runs. There was obviously some tough competition out here.”

After winning a bronze medal in Calgary last month, Noah Bowman finished sixth today with a strong first run (77.80), ahead of teammate Evan Marineau who, with a seventh-place finish, posted his best-ever World Cup ranking.

Fifth in the last two World Cup events, Brendan Mackay of Calgary finished 11th. Competing in his second career World Cup event, Sascha Pedenko made it back to the final, where he finished 13th.