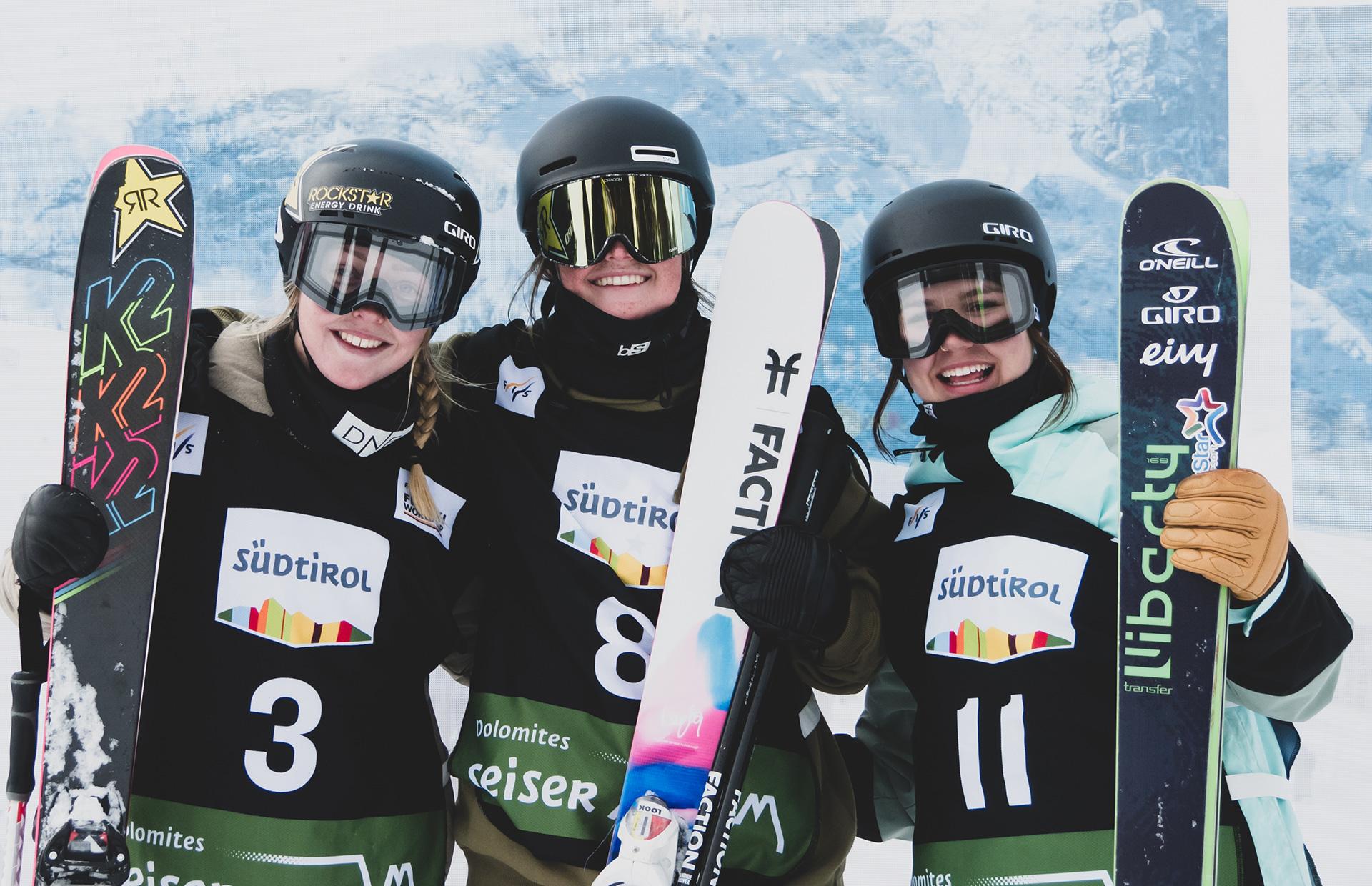 After qualifying in fourth last week, Elena Gaskell claimed a spot on the podium in Italy.

In a tight battle with American Caroline Claire Elena held strong and finished to claim third spot on the podium with a 79.68. Elena “couldn’t be more proud “of her first top 3 slope result.

Etienne Geoffrey-Gagnon from the Yukon was the top Canadian male finishing in 6th. Recovering from a big crash earlier he got a 79 on his second run. “Next up some rest and powder skiing in Whistler before the Mammoth World Cup”.