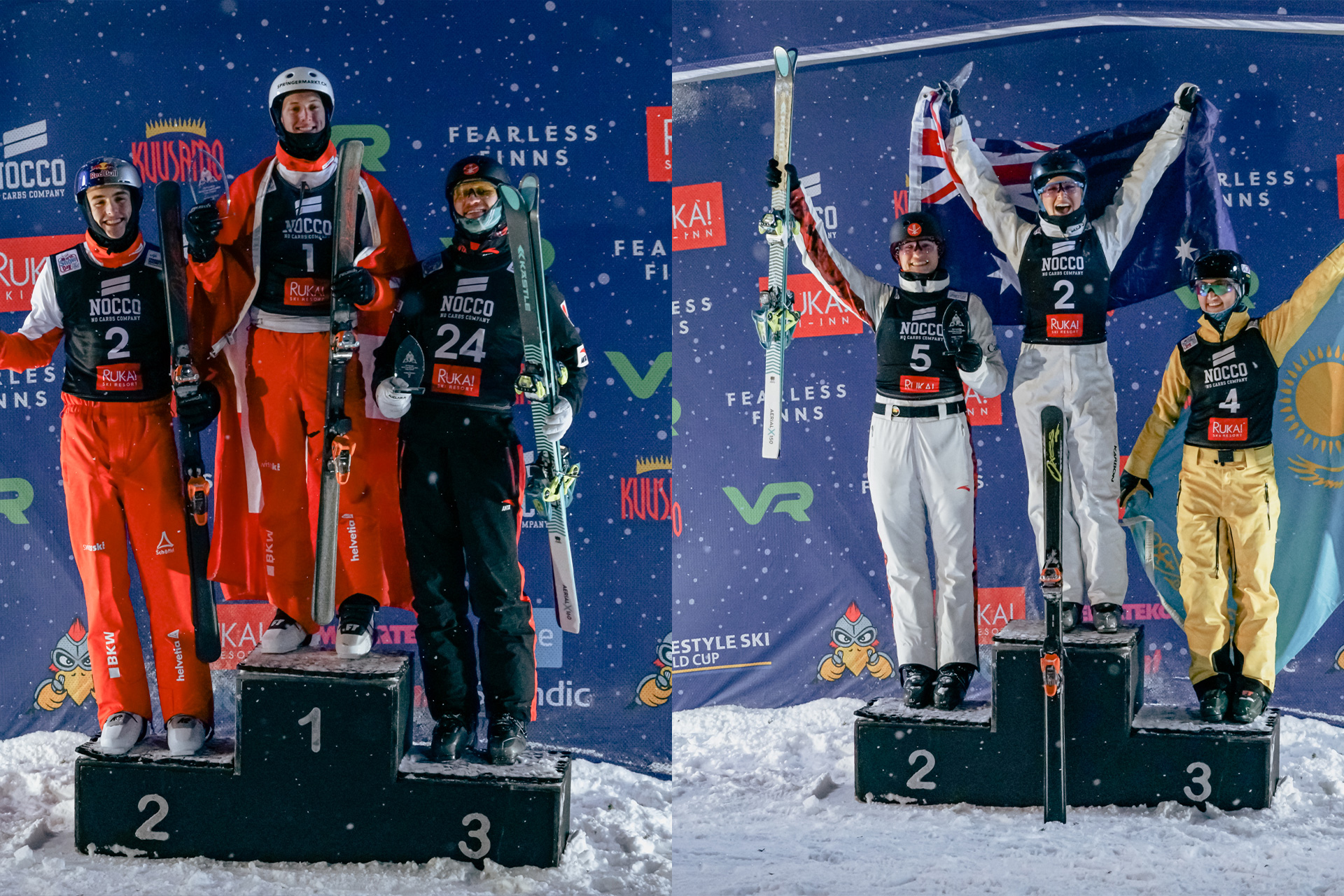 Thénault was the first to make an impression for the Canadian team. Starting second to last in the grand final reserved for only the six best athletes, the Sherbrooke native faced the immense pressure with panache, earning a fabulous score of 90.59 for her Back Double Full-Full.

“I’ve been struggling here for the past two years and I really wanted to nail my last jump today. That was my main goal and I did everything I could to achieve it,” commented the athlete who, with this win, also celebrates the fourth podium of her World Cup career. “It seems like all the pieces of the puzzle we’ve been working on for the past year came together today. It shows that I’m on the right track!”

Freestyle ski fans will remember that Thénault was a bronze medallist in the mixed team event at the Beijing 2022 Olympic Winter Games last February, alongside Irving and Miha Fontaine. In the end today, Thénault was edged out only by Australia’s Danielle Scott.

Aussie Scott dominated the competition from start to finish to win gold with a score of 99.05 in the super final. Kazakhstan’s Zhanbota Aldabergenova (80.04) took third place.

Also in action in the women’s event, Flavie Aumond (Lac-Beauport) qualified for the first final, where she ended her day in 10th place.

Lewis Irving – back in shape and back on the podium!

Team Canada’s celebrations continued a few short minutes later when Lewis Irving completed a Full-Double Full-Full Back that earned him 109.29 points – and more importantly – the bronze medal in the men’s event.

The Quebecois athlete had missed the entire 2021-22 World Cup season due to a knee injury suffered at the very same ski spot. “I couldn’t have asked for a better comeback. I worked really hard over the summer to get back into competition shape and I’m happy to celebrate my return with a medal. I was confident all day, especially after some great training this week. Everything went well, it’s a good start!” said Irving.

Pirmin Werner (126.34) and Noe Roth (123.98) earned a 1-2 podium for Switzerland; the European country had no less than three skiers in the men’s superfinal, which is reserved for the top six athletes. Also competing for Canada in the superfinal was Québec City’s Alexandre Duchaine (103.98) who placed a very solid fifth.

“We had seven athletes qualified for the first final. All in all, that demonstrates that we’re ones to watch this season, and that our ski program is really strong. It bodes really well,” noted Irving in conclusion.

Team Canada’s skiers will use the upcoming few weeks to continue training to perfect their jumps and fine-tune their mental skills in preparation for the upcoming World Cup of Aerials at Le Relais ski resort in Québec City on January 21-22. Watch Freestyle Canada’s social media for more details and exciting highlights!