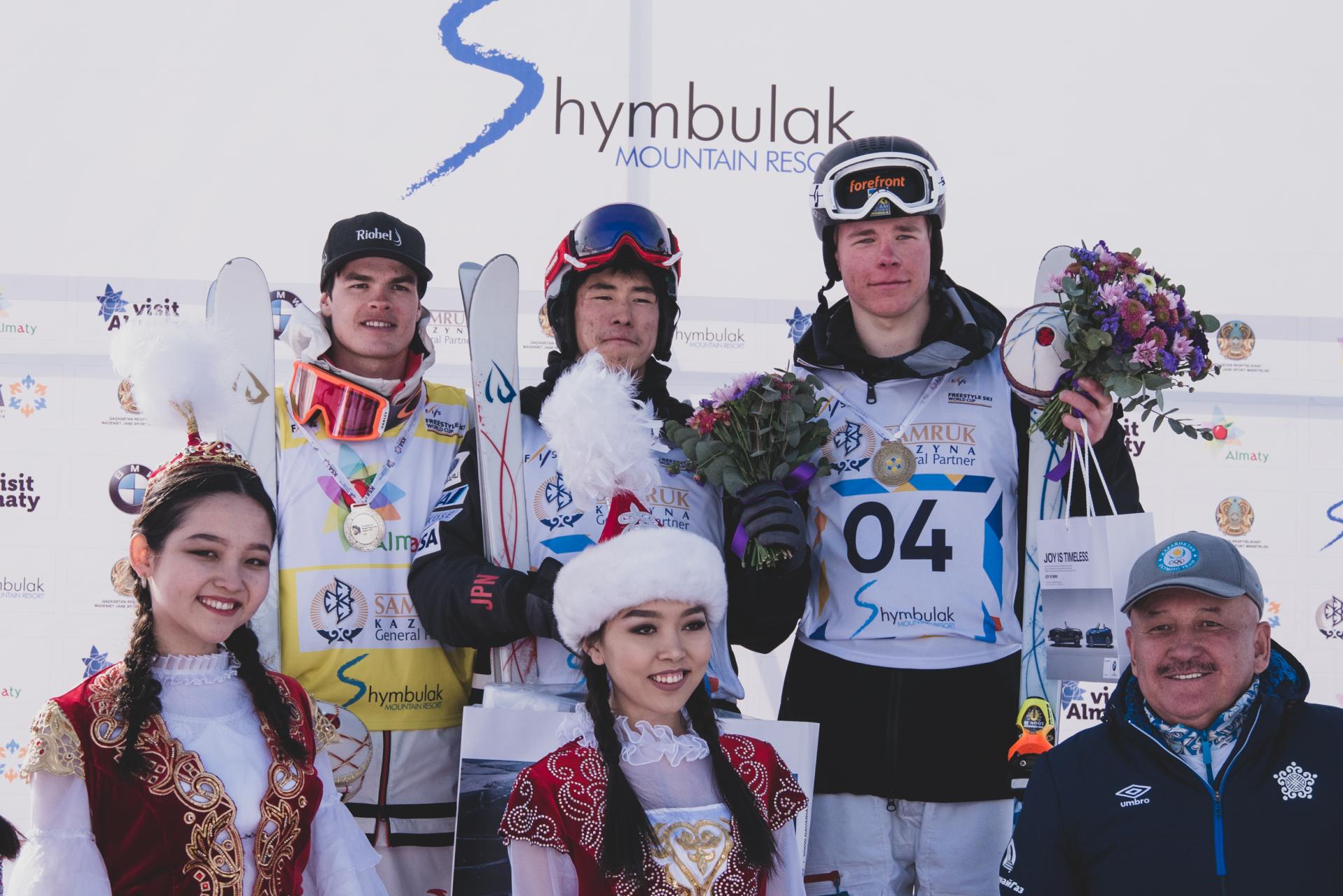 Shymbulak, Kazakhstan, March 2, 2019– The last weekend of competitions started yesterday at the Shymbulak Mountain Resort in Kazakhstan with the single moguls event and ended with a rare second-place finish for Mikaël Kingsbury as well as a bronze for Justine Dufour-Lapointe.

Kingsbury came in second on Saturday with a score of 79.37, finishing behind his main rival, Japan’s Ikuma Horishima (81.72). Swedish skier Walter Walberg came in third (78.67).

“I had a really great day. It’s a bit of a shame about the super final,” said Kingsbury after his 100thcareer start wrapped up the season. “I had a very good run, but I had a tiny bobble on my second jump and the judges were very rigorous. I think I should have gotten a slightly higher score than I did, but it’s okay… there’s always tomorrow!”

On the women’s side, Justine Dufour-Lapointe made the podium again by clinching the bronze. She missed the podium in Japan by a hair, so it was just a matter of time before the Montreal skier finished in the top three.

“I’m very pleased with this podium today, because it’s my first win doing my cork,” said Justine. “At the start of the season I had set myself a goal to do a cork in competition – so it’s a big day for me, since I not only achieved that goal but made it to the podium on top of that.”

Her event was won by the Kazakhstani Yulia Galysheva with a score of 79.69. Second place went to the defending moguls World Cup champion Perrine Laffont of France (79.11). Chloé Dufour-Lapointe finished in 15thplace.

A dual moguls event is coming up on Sunday at Shymbulak to conclude the 2018-2019 season.

The aerials athletes were in the FIS World Cup in Changchun, China. Félix Cormier-Boucher finished 10thwith a score of 77.35. Catrine Lavallée didn’t start in that competition.