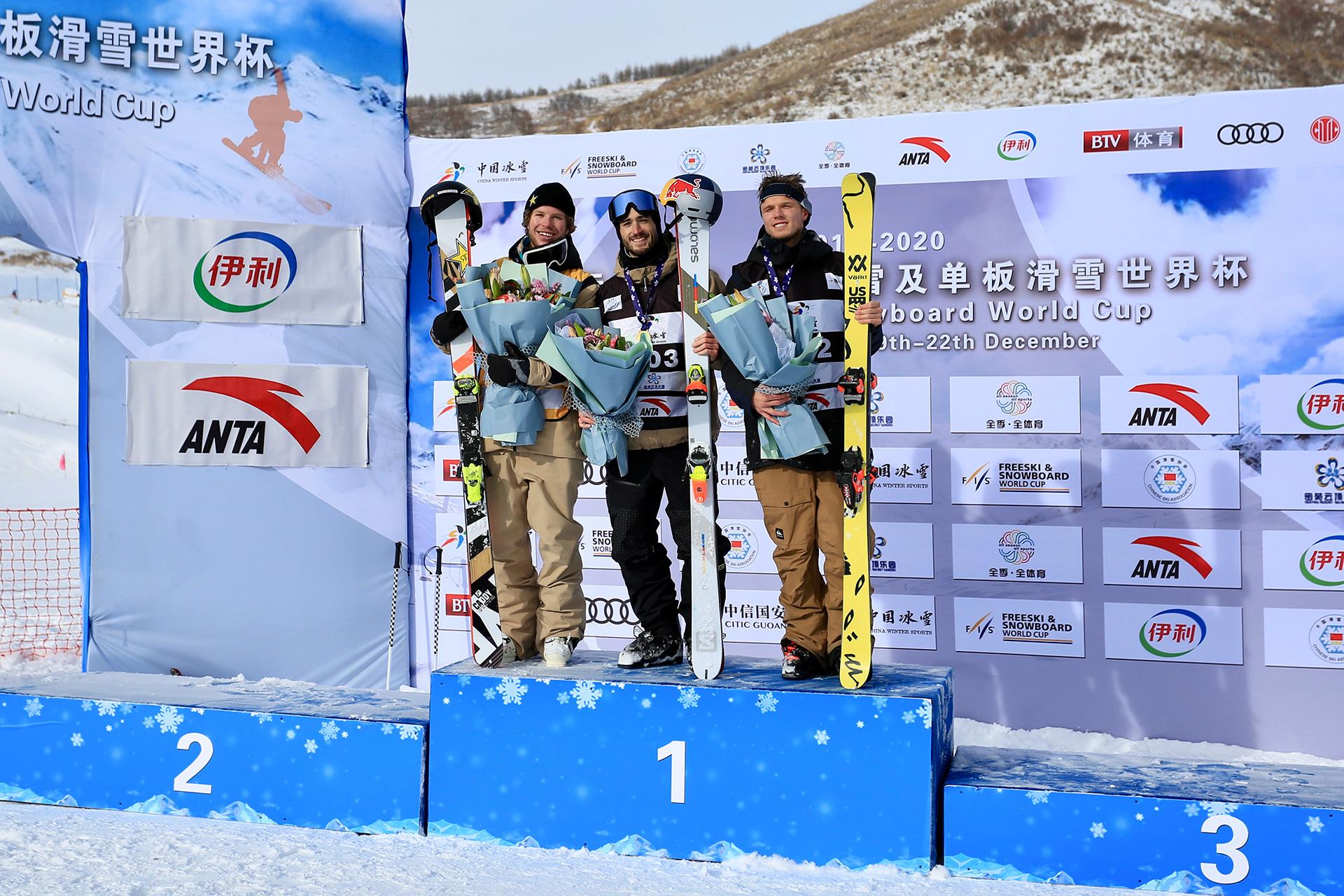 Genting – Secret Garden, China – A fresh dusting of powder from the night before evolved into clear blue, sunny skies setting an almost perfect stage for Canadian Halfpipe skiers to compete against the best in the world.  This third stop on the World Cup tour took place on the 2022 Olympic venue 777 days from the start of the Beijing Games.

Racheal Karker (Erin, ON) and Noah Bowman (Calgary, AB) both advanced to the final by finishing 2nd and 7th respectively in the qualifying rounds on Thursday.  In a final that saw each skier complete three runs with their highest score counting for the finals both Rachael and Noah established themselves early posting scores of 88.75 (2nd) and 84.75 (2nd) respectively after the first lap.

Both took different paths to the podium however as through the next two runs Rachael was unable to improve on her first run score but finished in a solid 2nd spot overall behind Valerya Demidova of Russia at 92.5  scoring that countries first ever World Cup medal in the sport.  Li of China rounded out the women’s podium at 86.50. Bowman on the other hand moved himself into the overall lead with a huge second run score of 91.50 and although he failed to improve on that with his third run held off late charges by a number of US athletes including Aaron Blunick (90.75) the winner of the qualification round, for the victory.  Lyman Currier also of the US finished 3rd with 89.75.

The tour now pauses over Christmas for the Halfpipe athletes and resumes with the Aspen XGames in the New Year.