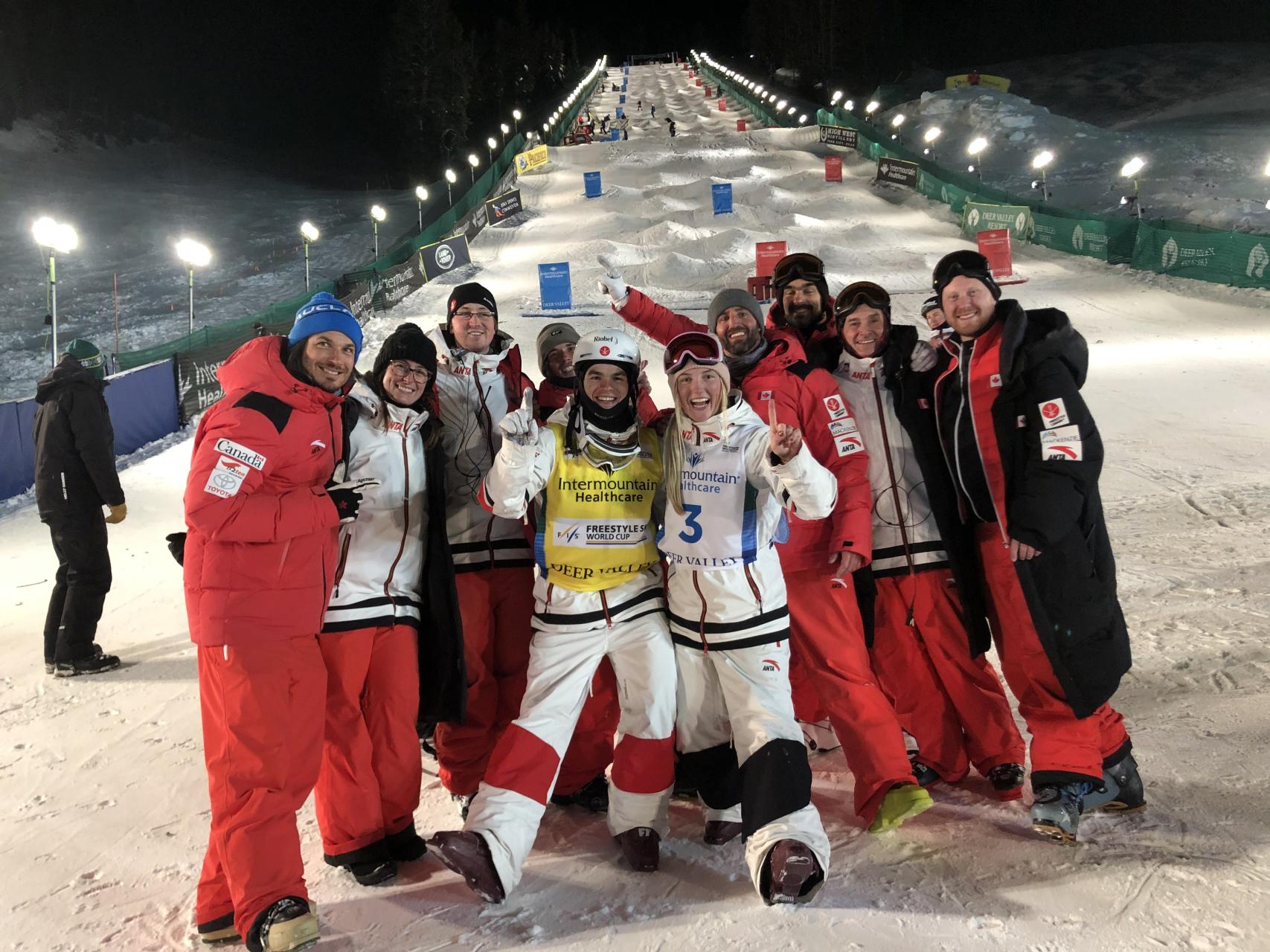 The course, “Champion”, is known by the athletes as one of the toughest courses on the FIS World Cup tour and is revered by all. At 250 meters long and 28 degrees steep, the course provided a challenge for all. The dual mogul format was exciting as skiers tried to make it to the finish line first while performing two spectacular jumps during their descent. Skiers pushed their limits and thrilled the crowd of over 5000.

In the single mogul event that took place on February 6, Kingsbury placed second behind his rival Horishima from Japan and before the day started, he knew he wanted to reclaim the top spot in duals. The top ranked skiers on the tour all qualified for the semi-final and all expected Kingsbury to meet Horishima in the final however the Japanese skier had a spectacular fall in the semi-final round right before the second jump on the course. While not injured, Horishima opened the door for Kingsbury to meet Frenchman Cavet, #3 in the final, where the Canadian lit the course on fire.

Kingsbury commented that the win felt amazing and was especially special under the lights. He knew how fast he could push it without falling and let his opponent make mistakes. “I skied strong with a very good strategy – I let the guys try and catch me. It’s nice to get number 61,” referring to his 61st World Cup victory.

The road to gold for Justine Dufour-Lapointe was a challenge to which she rose. World Cup leader, Perrine Laffont from France, was eliminated in early rounds but Dufour-Lapointe kept performing run after run and landed on top of the podium. After the run she was still in shock. Dufour-Lapointe was emotional when she commented that, “Winning in Deer Valley is the best feeling ever! Everyone knows this is one of the hardest courses out there on the World Cup tour. This win means so much! The Tiger is back!”