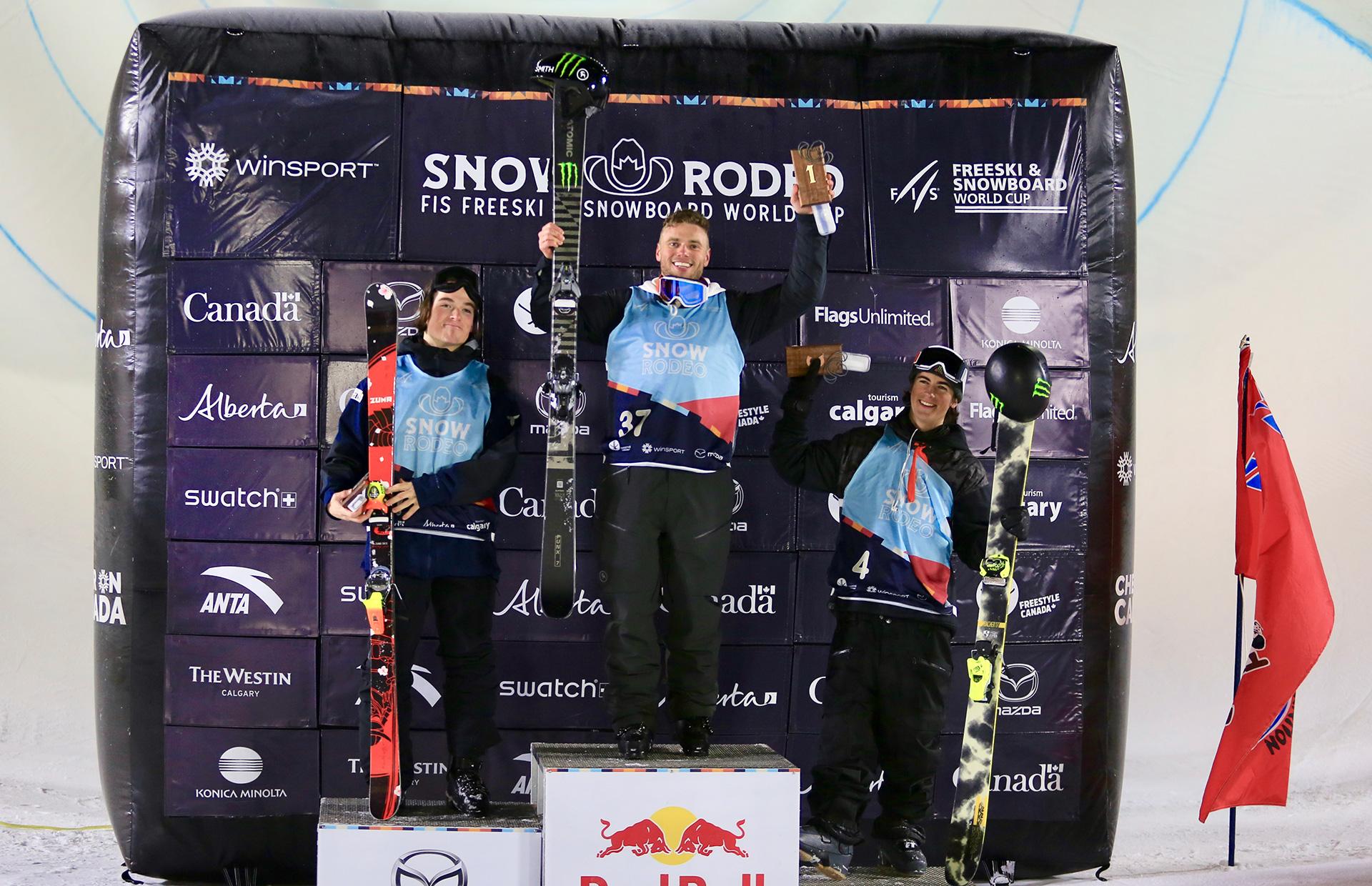 Calgary, AB – After an exciting day of competition at Calgary’s Canadian Olympic Park for the Snow Rodeo FIS Freeski and Snowboard World Cup, Canadian athletes Brendan Mackay and Rachael Karker podiumed in Halfpipe. This was the World Cup’s season ender, so the stakes were high, and local crowds were delighted with the performances that the athletes offered up.

Brendan Mackay skied hard and consistently today, and was rewarded with a silver medal, narrowly edging out Birk Irving (USA) and just behind Gus Kenworthy (GBR). He didn’t have words to describe the experience that lead to him winning his first World Cup medal. “All I can say is I am so happy”, he stated.

Consistency was really the name of the game for Mackay this season, as he managed to finish 4th overall.

Ending his season in 2nd place overall was Calgary native Noah Bowman, just behind the American Aaron Blunck. In the end they were separated by only 20 points, so the stakes were high today.

Bowman wowed the home crowd with a nearly flawless second run, but it wasn’t enough to podium today, as he was surrounded by fierce competitors. He took 5th in the Snow Rodeo World Cup.

Bowman may not have managed to take home the Crystal Globe, but he was looking back on his season positively. “I’ve had the best season of my life, so no complaints there. I am focusing on the achievement of having skiing well all year”, he explained.

On the women’s side, Rachael Karker is taking home a silver medal, ahead of overall Crystal Globe winner Valeriya Demidova (RUS) and behind Eileen Gu (CHN). She also finished second in the overall standings, which is a very impressive outcome given that she not only missed the first event of the season, but was behind the leader Demidova by only 20 points.

While Head Coach Trennon Paynter was happy for Karker, he also pointed out that she had mixed feelings about the season’s outcome. “She skied awesome today, but she wants more, and that’s great.” Paynter further explained that Karker was always vying for improvement, and that it’s a driving force for her.

Last season’s Calgary World Cup winner, reigning PyeongChang 2018 gold medalist and two-time reigning Crystal Globe winner Cassie Sharpe was sidelined at last minute due to an injury sustained while competing at the Dew Tour, last week. She is however expected to fully recover and be ready to join Karker in Canada’s quest for ski Halfpipe supremacy next season.